Why Sanders Will Probably Win the Nomination 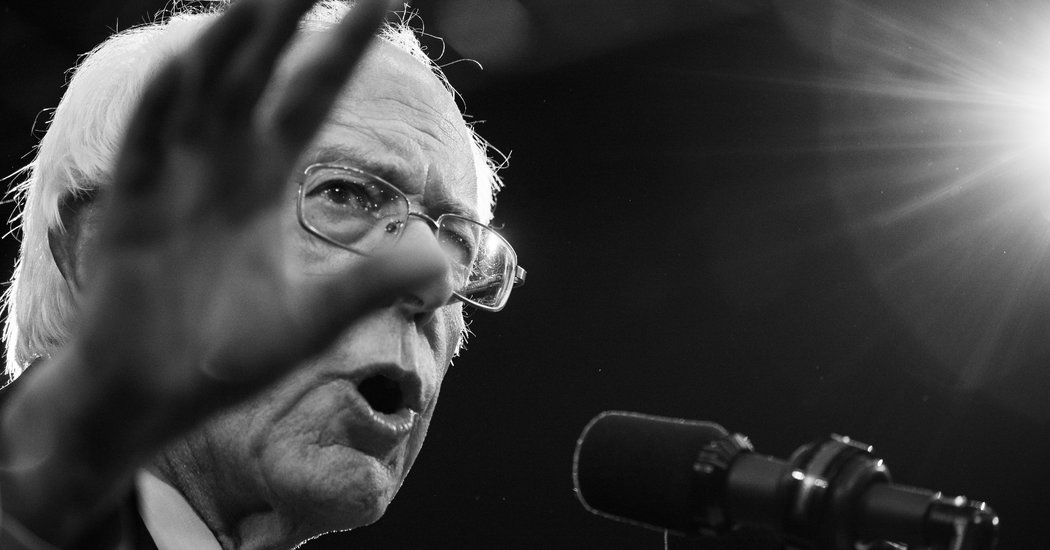 Successful presidential candidates are mythmakers. They don’t just tell a story. They tell a story that helps people make meaning out of the current moment; that divides people into heroes and villains; that names a central challenge and explains why they are the perfect person to meet it.

In 2016 Donald Trump told a successful myth: The coastal elites are greedy, stupid people who have mismanaged the country, undermined our values and changed the face of our society. This was not an original myth; it’s been around since at least the populist revolts of the 1890s. But it’s a powerful us vs. them worldview, which resonates with a lot of people.

Trump’s followers don’t merely believe that myth. They inhabit it. It shapes how they see the world, how they put people into this category or that category. Trump can get his facts wrong as long as he gets his myth right. He can commit a million scandals, but his followers don’t see them as long as they stay embedded within that myth.

Bernie Sanders is also telling a successful myth: The corporate and Wall Street elites are rapacious monsters who hoard the nation’s wealth and oppress working families. This is not an original myth, either. It’s been around since the class-conflict agitators of 1848. It is also a very compelling us vs. them worldview that resonates with a lot of people.

When you’re inside the Sanders myth, you see the world through the Bernie lens.

For example, if you look at Mike Bloomberg through a certain lens you see a successful entrepreneur who took his management skills into public service and then started giving his wealth away to reduce gun violence and climate change. If, on the other hand, you look at Bloomberg through the Bernie lens you see a rapacious billionaire who amassed a gross amount of wealth, who became an authoritarian mayor and targeted young black men and then tried to buy his way to power.

My takeaway from Wednesday’s hellaciously entertaining Democratic debate is that Sanders is the only candidate telling a successful myth. Bloomberg, Joe Biden, Pete Buttigieg, Amy Klobuchar all make good arguments, but they haven’t organized their worldview into a simple compelling myth. You may look at them, but you don’t see the world through their eyes.

Elizabeth Warren inhabits a myth without expressing it clearly. It just happens to be Sanders’s myth. I thought her performance Wednesday evening was tactically brilliant and strategically catastrophic. Her attack on Bloomberg was totally through the Bernie lens. Her attacks on Buttigieg and Klobuchar were also through the Bernie lens. (Through that lens a bigger spending proposal is always better than a less big spending proposal.)

Warren was a devastatingly effective surrogate for Sanders, but she reinforced his worldview rather than establishing one of her own.

Sanders goes untouched in these debates because the other candidates don’t have a mythic platform from which to launch an attack. Saying his plans cost too much is a pathetic response to a successful myth.

I’ve spent much of this election season away from the campaign rallies and interviewing voters embedded in their normal lives. This week, for example, I was in Compton and Watts in and around Los Angeles. The reality I encounter every day has little to do with the us vs. them stories Trump and Sanders are telling.

Everywhere I go I see systems that are struggling — school systems, housing systems, family structures, neighborhoods trying to bridge diversity. These problems aren’t caused by some group of intentionally evil people. They exist because living through a time of economic, technological, demographic and cultural transition is hard. Creating social trust across diversity is hard.

Everywhere I go I see a process that is the opposite of group vs. group war. It is gathering. It is people becoming extra active on the local level to repair the systems in their lives. I see a great yearning for solidarity, an eagerness to come together and make practical change.

These gathering efforts are hampered by rippers at the national level who stoke rage and fear and tell friend/enemy stories. These efforts are hampered by men like Sanders and Trump who have never worked within a party or subordinated themselves to a team — men who are one trick ponies. All they do is stand on a podium and bellow.

In the gathering myth, the heroes have traits Trump and Sanders lack: open-mindedness, flexibility, listening skills, team-building skills and basic human warmth. In this saga, leaders are measured by their ability to expand relationships, not wall them off.

The gathering myth is an alternative myth — one that has the advantage of being true.

END_OF_DOCUMENT_TOKEN_TO_BE_REPLACED

At Greenpeace, we’ve found manifesto-busting pledges on everything from the climate to workers’ rightsLiz Truss’s flagship quest for so-called growth has seen her pledge to take the country down an extreme new track, one for which she has no mandate and very l... END_OF_DOCUMENT_TOKEN_TO_BE_REPLACED

Pouring One Out for Oat Milk

Scott Olson/Getty Images After becoming a darling among alternative milks, the oat milk backlash has begun No plant-based milk has been hotter than oat milk. Driven in large part by the success of Oatly, a Swedish company that invented oat milk in the early 19... END_OF_DOCUMENT_TOKEN_TO_BE_REPLACED

The Guardian view on Truss, Kwarteng and inequality: out of touch, out of time | Editorial