In the midst of his Saturday night Verzuz battle with Lil Jon, T-Pain played the 2008 favorite “Blame It” with Jamie Foxx. Lil Jon cheekily replied, “Cute… you made an alcohol song” before noting, “I made the biggest alcohol song of all time.” T-Pain grunted in dread as Instagram live stream attendees like Charlemagne Tha God, Ebro, and 6lack commented, “Shots!” in unison.

Lil Jon fed the anticipation by playing his 2009 “Shots” banger with LMFAO, and the two music icons actually toasted their cameras and took a shot “together.” Ciara spoke for all 250K stream viewers by commenting, “This is too good.” Even if Americans had the option to go out, Lil Jon and T-Pain’s banger back and forth would have been the best way to spend a Saturday night.

Most of the world is quarantined as a measure to stop the spread of the coronavirus pandemic, and beat battles have been one of the best breaks from reality. While fear and anxiety are rampant, these two-to-three-hour Instagram streams have delivered music fans away from their doldrums and into pleasant memories of cookouts and parties that we’re all longing to get back to.

But the battles aren’t just entertainment. They’ve been a springboard for a collective appreciation of bygone eras and cultural moments. They’ve also inspired intense debate: what means more for a producer, having the hits or having the streets? Does musical versatility mean more than mastering one style? These are questions that most people have had nothing better to do but debate, and we have Timbaland and Swizz Beatz to thank for it.

There have been other hip-hop highlights of this surreal moment in human history. DJ D Nice’s live-streamed “Club Quarantine” that had a who’s who of pop culture vibing with his 11-hour set. Tory Lanez’ Quarantine Radio has women twerking, DMX growling, and Drake pulling up to a record 315K stream viewers.

But the beat battles, which have all been broadcast on Instagram Live, have been the biggest draw. The sessions started with Timbaland and Swizz Beats, who rematched their 2018 beat clash for hundreds of thousands of people on March 24th. Nationwide “social distancing” policies, which encourage people to stay in the house, gave their stream perhaps the livest chat in Instagram history to that point.

Other artists and fellow producers were giving out fire emojis as the two producers culled their vast catalogs. Since their battle, the Verzuz series has become such prime viewing that non-hip-hop accounts like @Sportscenter, @NBA, @Sports Illustrated, @Netflix (drunk), and @UFC have been seen in the chats. There’s nowhere to go outside, so Instagram live is the place to be, giving each battle a party atmosphere.

Hey man WHO on the NETFLIX account
During the T-pain VS Lil Jon battle lll pic.twitter.com/RXUKQY3QJq

After the success of their battle, Swizz and Timbaland branded the clashes as the Verzuz series, an impromptu brand to stamp the battles of their choosing. Though most of the battles have been between producers, there were two songwriters battles between Johnta Austin and Ne-Yo, as well as Sean Garrett vs. The-Dream. The T-Pain vs. Lil Jon battle was a bit of a hybrid, as T-Pain played songs he featured on as well as records he produced.

The battles, aside from their entertainment value, have served as various producers’ refresher — and introduction — courses on their legacy. Consider this sequence: T-Pain transitioned from Tory Lanez “Jerry Sprunger” into his “I’m Sprung” hit (which Tory sampled), then Lil Jon followed up by playing Saweetie’s My Type” and transitioning into Petey Pablo “Freek-A-Leek,” which Saweetie sampled. Scott Storch got to show off his mastery of melody for a generation of fans who were in elementary school when he was one of music’s biggest hitmakers. Swizz Beatz and Timbaland both showed off their longevity by trading Jay-Z hits from the ‘90s and 2010s. Lil Jon dropped a gem Saturday night, telling T-Pain and viewers that the famous bed-creaking sound from Lil Scrappy and Trillville “Some Cut” track actually came from him rocking in a chair.

The Verzuz series is probably the most fun way for kids to learn about the history of the genre. There’s no shaming or guilting involved, just good vibes. The nostalgia will reach the next level when Babyface takes on Teddy Riley in the next Verzuz matchup. The battle was supposed to take place last Sunday, but Swizz noted on Instagram that, “we’re taking the quality to the next levels for these 2 Kings,” promising “you will understand later trust me!”

Could the Verzuz series be headed to TV? Could Timbaland and Swizz use their influence to coax hitmaking heavyweights like Jay-Z, Diddy, Drake or Lil Wayne to jump into the fray? Will Kanye pause his secular music ban to fulfill Timbaland’s dream matchup and take on Pharrell and the Neptunes? We all have more than enough time to wait out the answers to these questions, and we’ll have a lot of fun watching along the way.

END_OF_DOCUMENT_TOKEN_TO_BE_REPLACED

I’m a 25-year-old virgin. How can I start a relationship when I don’t even know how to flirt?

People tell me I’ll find someone eventually, but I’ve been looking for 10 years – and the women I approach just want to be friendsI’m a 25-year-old man who has enjoyed reasonable successes in every area of my life, except romance. I have never had sex or a rel... END_OF_DOCUMENT_TOKEN_TO_BE_REPLACED 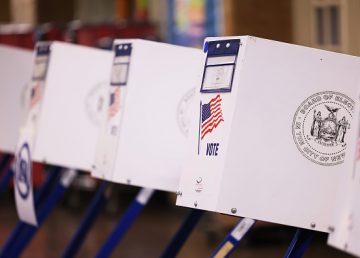 When voters go to the polls in November, they’ll face dozens of new restrictions on the ease with which they... END_OF_DOCUMENT_TOKEN_TO_BE_REPLACED

Fall Is Here, and These TikTok-Viral Target Sweats Are All I’m Wearing

‘Inventing Anna’ Subject Anna Delvey Is Out Of Jail And Looking To Reinvent Herself, So Watch Out

Dwight Howard Wants To Show That ‘I Ain’t Lost A Beat, It’s Just I Sit On The Bench’