From Intel Intern to Inventor of the Year

Published 3 months ago iNFO Vi3m ago 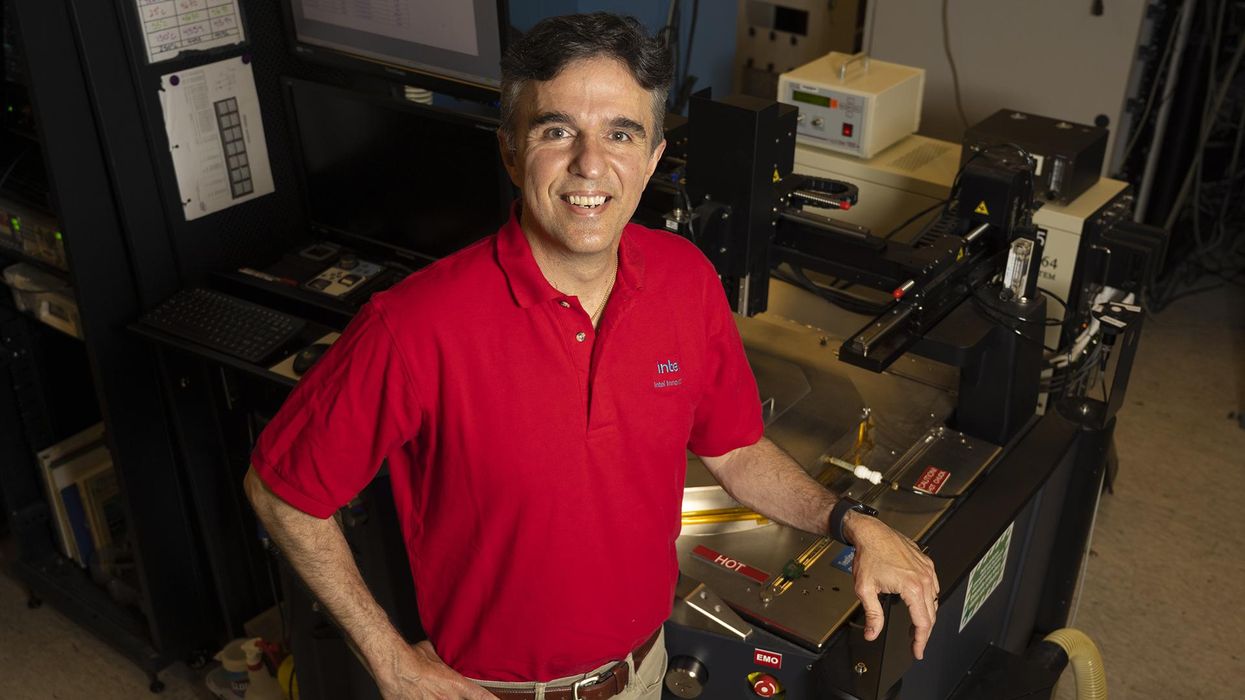 This is a sponsored article brought to you by Intel.

“This can’t be real,” Jack Kavalieros recalls saying to himself. The factory data from a batch of seven silicon wafers “was a little too good to be true.” Luckily, for Kavalieros and his Intel Components Research teammates, the data did not lie.

About 20 years ago, that data led to the invention of something simultaneously very tiny — and huge. It was a new manufacturing technique called strained silicon. For two years, Kavalieros and team had dug deeply into the building of transistors. They discovered that if you place a microscopically thin layer of silicon germanium beneath the typical silicon layer, that wisp of germanium ever so slightly stretches apart the atoms in the silicon layer. That one tweak can cut a chip’s power consumption and increase its performance by a whopping 20%.

For his contribution to this important industry invention and a dizzying array of others over the following two decades, Intel Fellow Jack Kavalieros has been named Intel’s 2021 Inventor of the Year. Kavalieros’s current U.S. patent tally stands at 437. On a worldwide basis, Kavalieros’s total stands at 929 patents granted.

As the world’s largest chip manufacturer, we strive to make every facet of semiconductor manufacturing state of the art, from facilities themselves to packaging and delivery. Our vast supply chain involves 16,000 suppliers in 100 countries managing the production and delivery of over 8,000 different products. We also perform more than 511,000 maintenance activities per year and monitor and analyze 1.8 million sensors every five seconds, 24 hours a day. We could not manage world-class operations without our most valuable resource—our employees.

Join Intel’s talent network today to learn about upcoming roles and how you can help create technology that touches the lives of everone on the planet.

“Over the years, Jack has contributed to many of the world’s first transistor innovations, and many of those have been or will be implemented in Intel products,” says his manager, Intel Senior Fellow Robert Chau.

Chau hired Kavalieros as a summer intern in 1994 when he was pursuing his Ph.D. In one of Intel’s longest-running technical collaborations, the two have jointly pushed the frontiers of Moore’s Law and transistor technology for more than 25 years.

“When somebody says that there’s a limit to a particular parameter,” Kavalieros explains, “We say, ‘No, there is no limit.’ And we try and push those limits.”

Born in Thessaloniki, Greece, Kavalieros is the son of a supertanker captain. As a child, he sailed the seas with his father. He grew up in the Bahamas, then moved to Florida for high school and college. Intel scooped up Kavalieros as he completed his doctorate in electrical engineering at the University of Florida.

Intel Patent Group VP Jeff Draeger describes Kavalieros as a “world-renowned authority in transistor research and development. His breakthroughs in transistor manufacturing have led to multiple generations of chips that work faster and sip less power, and now lie at the heart of hundreds of millions of computing devices worldwide. The portions of these inventions that Intel has not patented have been adopted in various flavors by other chipmakers across the industry.

And, says Draeger, Kavalieros is certainly not done: His work is part of still-undisclosed transistor advances in Intel’s future product pipeline.

“When somebody says that there’s a limit to a particular parameter, we say, ‘No, there is no limit.’ And we try and push those limits.”

—Jack Kavalieros, Intel Fellow and 2021 Inventor of the Year

“I expect Jack will continue to relentlessly push the technological boundary and deliver many more game-changing device innovations to Intel for Moore’s Law continuation and product differentiation,” says Chau.

What is Kavalieros’s personal secret sauce to achieving such a remarkable record of sustained invention? He shakes his head and waves the question off, insisting instead the patents that include his name are largely team efforts — “I’ve enjoyed immensely the people I’ve worked with” — and a willingness all around to be intellectually nimble.

“I think we just need to keep our nose to the grindstone, stay open-minded and not limit ourselves by our past. A lot of the things we’ve learned in our past, we’re going to have to evolve and change. Change is really the key element. You have to be comfortable with change, you have to adopt it quickly and do it faster than your competition,” he says.

For example, during Kavalieros’s 26 years at Intel, the Components Research team has expanded investigations from about 10 elements on the periodic table to the majority of the table’s 118 elements.

“That’s the key for all of the engineers that work here. We have to think out of the box, and we have to assume that there is no barrier to what we’re doing,” Kavalieros says.

Successful inventing, Kavalieros analogizes, is like climbing a tree. At first you think, “the way I get to the tippy top is just straight up the middle.” But, “then you find there’s a better branch to get you there, and you learn something new. … That’s what keeps you going.”

END_OF_DOCUMENT_TOKEN_TO_BE_REPLACED

Out of Town Blog New Year, New Phone: Five reasons why the A95 is the glow up you need in 2022Team Out of Town Blog Hub (Outoftownblog.com) –  Are you one of those people who look to upgrade their smartphones to suit their lifestyle, but find that there are ... END_OF_DOCUMENT_TOKEN_TO_BE_REPLACED

May 9th, 1961: my dad Newton Minow, the then-35-year-old Chairman of the FCC, made three significant appearances. In Washington, he gave his famous “vast wasteland” speech to the National Association of Broadcasters, telling them that while “when television is... END_OF_DOCUMENT_TOKEN_TO_BE_REPLACED

Going bald? Lab-grown hair cells could be on the way