A gas station ad platform says its business is soaring in the pandemic as driving picks up. Here’s the pitch deck it’s using to win advertisers. The pandemic has people relying on their cars more than ever before — and advertisers want to reach them as they drive.

That is the central insight behind a pitch deck that GSTV used to return to growth by emphasizing the continued role that gas stations play in American life, according to CEO Sean McCaffrey.

GSTV is a private, nationwide network that provides an ad-driven video service to stations and convenience stores like Circle K and Speedway. Each day, GSTV releases an original clip of news, sports, entertainment, and ads that plays in front of drivers as they refuel.

McCaffrey said the platform, with 24,000 locations, reaches one in three American adults who are traveling by car.

GSTV is classified as out of home advertising, which accounted for $8.6 billion in spending last year. McCaffrey wouldn’t share GSTV’s revenue but said its clients include PepsiCo and that some brands have spent up to eight figures on the platform annually.

He said a key element of its appeal is that people spend far more money on the days they refuel, particularly at grocery stores, big box retailers, and fast food chains. And most also use their credit cards to buy gas and other items at the stations, creating anonymized first-party data that GSTV can use to target ads.

McCaffrey said the company then helps advertisers run hyper-local campaigns that promote nearby businesses or target the sort of people most likely to use a certain gas station based on both demographics and buying behaviors.

“We think of each station as an addressable household,” he said.

McCaffrey said his company has weathered the effects of the pandemic and exceeded pre-coronavirus growth in recent weeks via the strategy outlined in the pitch deck GSTV has presented to media-buying agencies and brands.

“We’ve had more brand-direct conversations in the past six months than in the last two years,” McCaffrey said. “Brands are generally taking more ownership of outreach because the market is so chaotic.”

The deck also emphasizes the money left up in the air by the cancellation of major pro and college sports leagues to appeal to marketers who are under pressure to prove that their spend drives sales.

Another reason GSTV was less affected by the pandemic than some ad businesses, McCaffrey said, is that its audience included essential workers who were on the front lines in the earliest days of the quarantine.

The platform has also collaborated with the Centers for Disease Control and Prevention and the Ad Council in recent months, airing public health campaigns and PSAs encouraging consumers to frequent restaurants and other businesses.

The deck claims GSTV has more locations than McDonald’s or Starbucks. 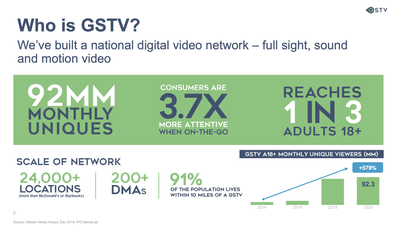 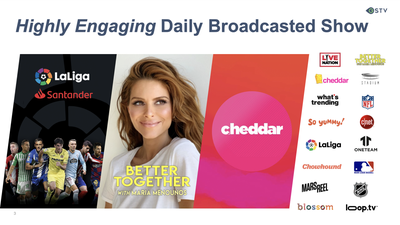 Data from Mastercard says customers spend almost four times as much at big box stores after filling their tanks than they do on days they don’t fill their tanks. 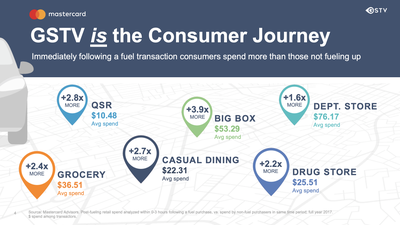 The deck says Chipotle can use GSTV data to target people who live near a restaurant or whose demographics make them likely customers. 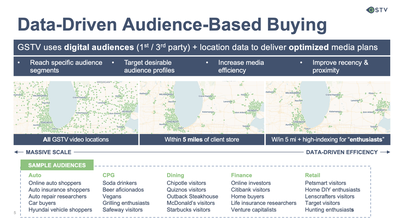 GSTV worked with IPG’s Acxiom to target those most likely to own a particular brand of car. 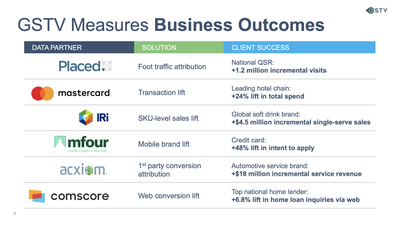 Affordable gas has encouraged greater mobility amid lockdowns, according to the deck. 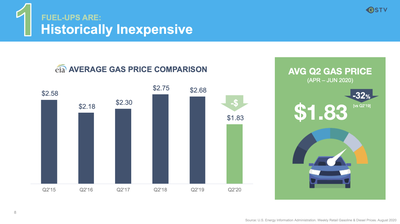 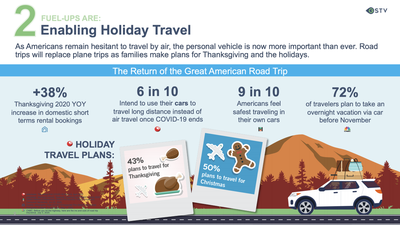 Its data shows consumers on the move spend more at each stop than they did pre-pandemic. Spending at convenience stores is up more than 100% compared to the same period in 2019, the company says. 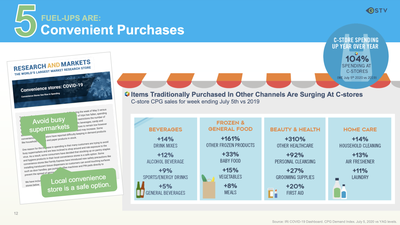 TV viewing is also down by more than 20% among key demographics since the pandemic’s peak in March. 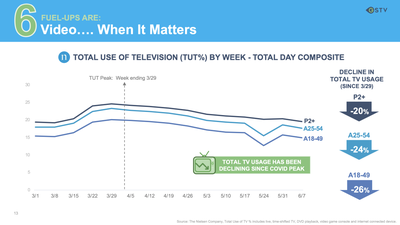 Gas stations were among the businesses least affected by the pandemic, according to data from Foursquare. 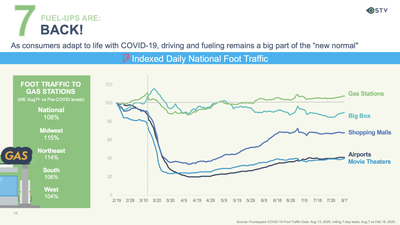 END_OF_DOCUMENT_TOKEN_TO_BE_REPLACED

When science collides with geekdom, things get niche-y. But creature features have long been part of SDCC, and this year I attended a panel that brought a 1950s favorite forward (“The Science of ‘Godzilla Singular Point'”) and another panel that talked about h... END_OF_DOCUMENT_TOKEN_TO_BE_REPLACED