Senators behind the bipartisan $908 billion COVID-19 stimulus plan said they are close to an agreement, with one Republican saying it’s one that even Trump and McConnell could back Senators are inching closer to an agreement on the final wording of a bipartisan $908 billion COVID-19 stimulus plan, with some expressing confidence that both Senate Majority Leader Mitch McConnell and President Donald Trump would back it.

Democratic Sen. Mark Warner, who is one of the ten-person cross-party group crafting the plan, told CNN’s “State of the Union” on Sunday that the wording could be finalized as early as Monday.

“I think we have got the top line numbers done. We are working right now on language so that we can have — as early as tomorrow — a piece of legislation,” he said.

He added that he has “pretty high assurance” that the final proposal would have enough votes to pass.

The $908 billion package is currently the COVID-19 relief option with the most bipartisan support. Leading Democratic figures such as House Speaker Nancy Pelosi and Senate Minority Leader Chuck Schumer have embraced it, as well as some Republicans.

Read more: The $908 billion coronavirus stimulus deal could be the next one Congress passes: Here’s what’s in the relief package and what you could get

Though McConnell has called for bipartisanship in stimulus negotiations, he is sticking to his own package, which is based on a much smaller bill that has twice failed to pass this fall.

Sen. Bill Cassidy, a Republican senator in the bipartisan group behind the package, expressed optimism that support from figures like McConnell and Trump would be forthcoming.

Cassidy added that he was “optimistic” about McConnell’s support.

Cassidy did not say where he had learned of Trump’s indication of support. At a Thursday press conference the president had said he would support a bill, but when asked for clarification, the White House said he had meant the much slimmer one promoted by McConnell.

“That’s fair, we have final language [to agree on],” he said, adding that the urgency of the situation will be clear to Trump and McConnell.

That wording is likely to come out “early this week,” Cassidy said. 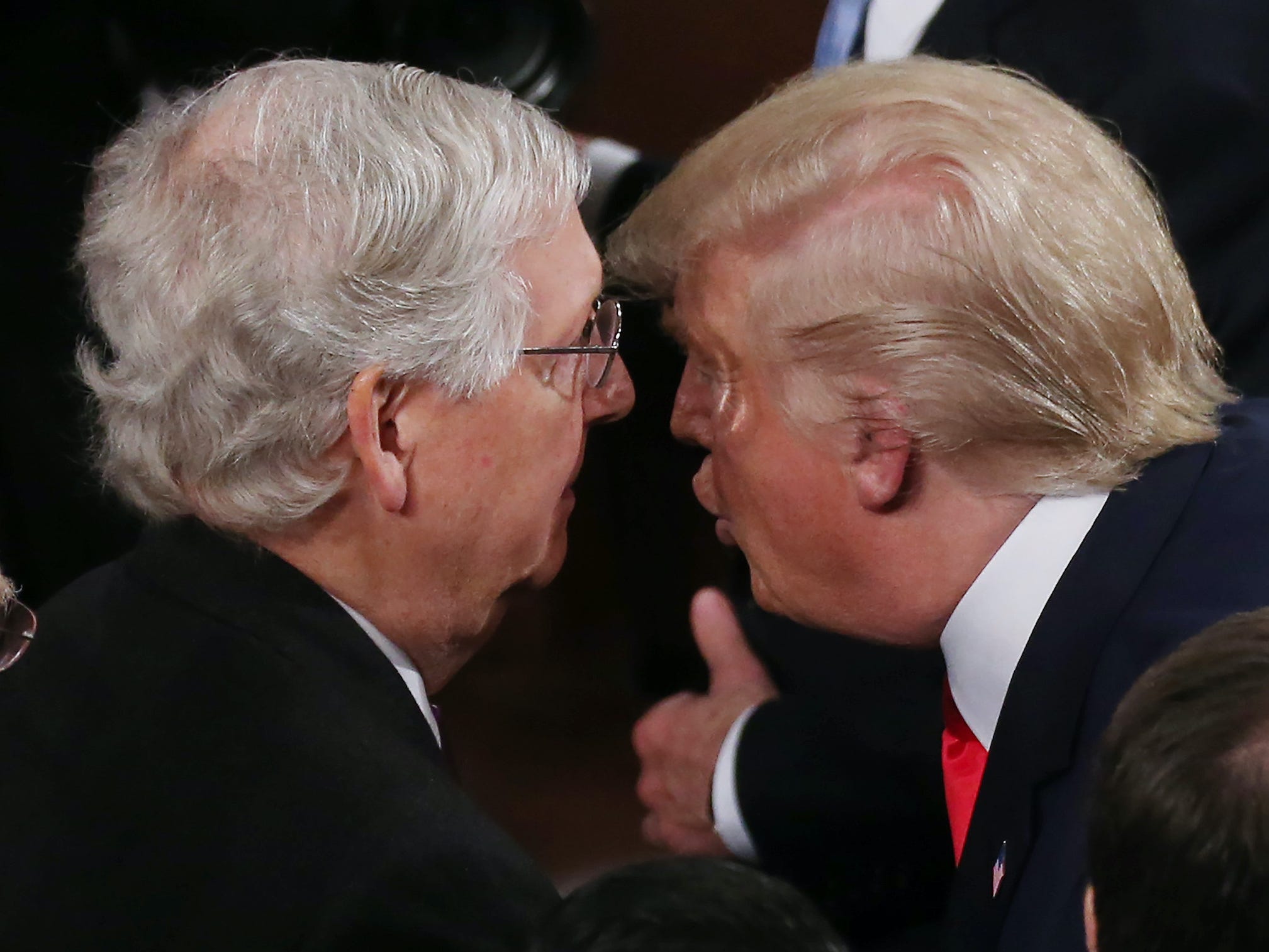 The detail around two main points remain a source of disagreement in the negotiations, CNN reported, citing unnamed sources.

According to the outlet, the first is liability protections for businesses in the pandemic, which the GOP supports. The second is funding demanded by the Democratic Party for state and local governments, CNN said.

Both measures were included in some form in a draft that circulated last week. It also included a $288 billion small-business loan program, $180 billion added to unemployment insurance, and $16 billion for coronavirus vaccine distribution.

The bipartisan package does not include $1,200 stimulus checks.

Numerous members of Congress have noted the pressure in the situation, as they rush to agree a separate spending plan to avoid a government shutdown by December 11.

“We don’t have a choice now. It’s one of those things that has to be done,” CNN reported Democratic Sen. Joe Manchin telling NBC.

NOW WATCH: What candy corn is actually made of

END_OF_DOCUMENT_TOKEN_TO_BE_REPLACED

Sometimes an actor enters the pantheon because of one unforgettable performance, and surely there is no clearer example of this than Louise Fletcher as Nurse Ratched in Miloš Forman’s film of “One Flew Over the Cuckoo’s Nest” (1975). With her soft voice and 19... END_OF_DOCUMENT_TOKEN_TO_BE_REPLACED

Oklahoma police reunite wolfdog with owner: ‘Like a cuddly puppy’

A pet wolfdog who escaped her enclosure in Oklahoma was found by the Oklahoma City Police Department after going missing for 24 hours. Fox News Digital interviewed the wolfdog's owner. END_OF_DOCUMENT_TOKEN_TO_BE_REPLACED

A gunman wearing a swastika t-shirt killed at least 13 people and wounded 21 in a Russian school, officials said

The Morning After: We might get an iPhone ‘Ultra’ next year

The pound just plunged to an all-time low against the dollar. Here’s why the promise of tax cuts tanked the British currency.