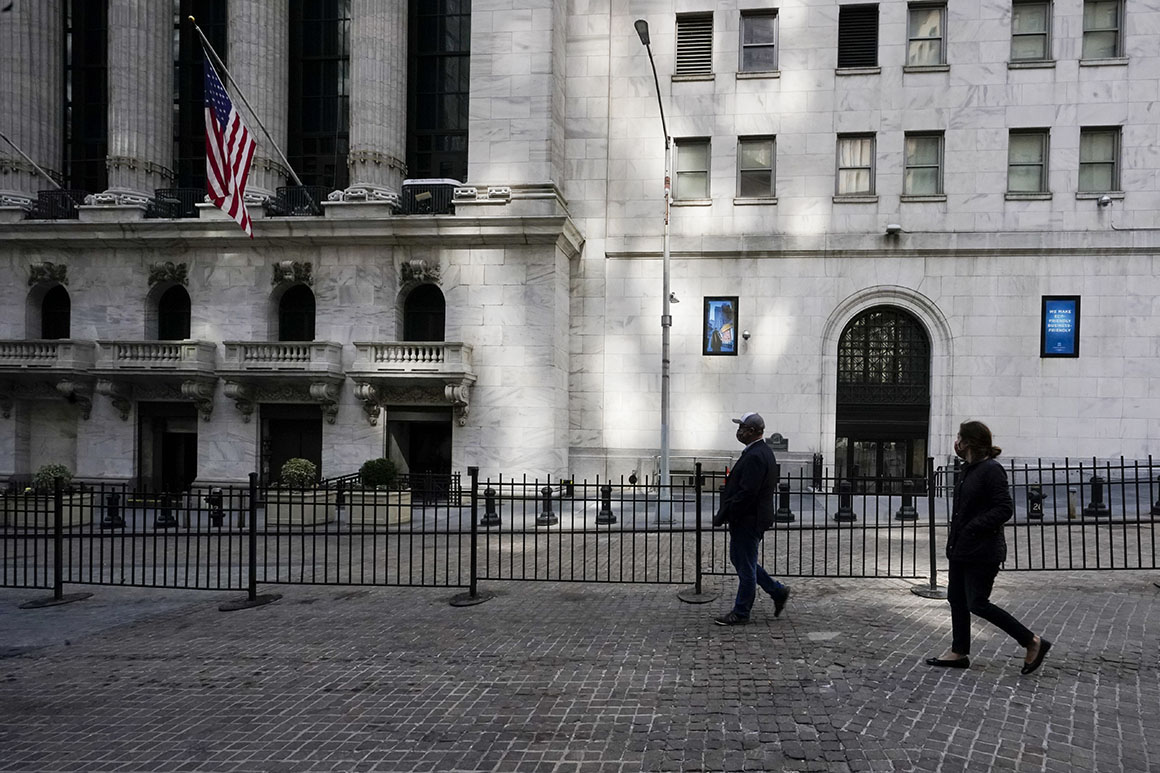 The shell companies that many private firms use to go public on the country’s stock exchanges have been all the rage on Wall Street for more than a year. Now, just as their explosive growth shows signs of waning, they are coming under scrutiny from lawmakers and regulators.

Special purpose acquisition companies, or SPACs, which have no business operations and whose only purpose is to acquire a private company to then list on an exchange, have become so popular that they have outstripped traditional initial public offerings. The attraction of these so-called blank check companies, which have been backed by everyone from Shaquille O’Neal and A-Rod to Serena Williams? They get to bypass the costly IPO process, where companies must undergo vetting by the Securities and Exchange Commission before they can sell stock.

Now, lawmakers and consumer advocates are increasingly raising alarms about the risks facing unwitting investors, particularly retail buyers who might not be able to spot a bad deal on their own. And the SEC, which has been pressed by investor advocates for months to take steps to protect investors, is moving in.

“You shouldn’t be able to use a SPAC to evade the disclosures and liabilities inherent upon taking a company public,” said Rep. Brad Sherman (D-Calif.), chair of the House Financial Services subcommittee that oversees capital markets and investor protection.

Sherman said he thinks “a chunk” of companies are using the process to do just that, a concern shared by other Democrats on the committee, including Rep. Bill Foster of Illinois.

The SEC is looking into potentially illegal activity related to SPACs, according to people with knowledge of the inquiry. The probe was earlier reported by Reuters, which cited letters from the SEC to banks and other underwriters asking about their SPACs activity related to these offerings.

A banker familiar with the situation confirmed to POLITICO that the SEC had sent a letter to the bank. Another banker said their company was aware that letters were going out on SPACs and that a probe is taking place.

The SEC declined to comment. But the agency this month issued a statement calling on investors to ignore celebrity endorsements of these vehicles. That came after earlier warnings from the regulator, including an investor bulletin in December — “What you need to know about SPACs.”

But just as policymakers and the SEC move to investigate, the performance of these companies appears to be faltering, according to data tracking their performance on the New York Stock Exchange and Nasdaq.

Data on SPAC performance 30 days out from a deal to take a private company public show the companies are performing worse on average in 2021 compared to 2020. While investors continue to show keen interest in buying stock in these SPAC shells before a deal, the declining performance suggests that finding a good deal to take a private firm public could be getting more difficult.

That could be a problem given all the new companies that are out there looking for deals.

Less than three months into 2021, SPAC IPO activity has already surpassed all of 2020, the year that the investment vehicles took up roughly half the market for new public company listings, in terms of deals and dollars raised. By comparison, the previous peak was 14 percent of the market in 2007, according to research firm SPAC Analytics.

Behind the surge is the prospect of a good deal for those who get in early, usually large, institutional investors. SPACs generally list on public markets with the proviso that they must acquire a private company in two or three years with the help of a sponsor who collects fees for a successful deal. That’s when it tends to draw lots of small investors. If the SPAC fails to bring a private company public, it must return the money to investors, making the potentially lucrative investment appear relatively low risk.

But advocates fear many of these newly established companies will be under pressure to strike a bad deal instead of none at all, so early investors get a big return, sponsors get their fees and then retail investors take the loss when share prices plummet.

“Now all of a sudden, you own a garbage company,” said Andrew Park, senior policy analyst at Americans for Financial Reform, a progressive investor advocacy group that has been warning policymakers for months about the dangers of SPACs.

Combined with growing animosity — particularly from private equity — toward the rigors of the traditional public offering process, interest in the companies soared along with the rising stock market. That has fed concern that there’s a bubble ready to pop in SPACs.

“One of the clear dangers here is that there are going to be too many SPACs, chasing too few merger targets, that we’re going to see some truly bad deals struck,” said Foster, the Illinois Democrat. “This boom will just cause them to scrape the mud off the bottom of the of the pool.”

Companies consult with the SEC when putting together the proxy and registration statements to take the private company public, and the agency can comment on their drafts. If there are enough shareholder votes to approve the acquisition, a financial disclosure to the SEC is then required of the combined entity. But during the initial listing process, a SPAC has little to offer except the promise of big future plans. That’s a major reason why it has been so easy for them to crop up on public exchanges.

From January to mid-March, there were 264 SPAC offerings on the Nasdaq and the NYSE raising $76.8 billion, according to a POLITICO analysis of listing data for the nation’s two largest exchanges. That eclipsed traditional IPOs, which had just 74 deals and raised $30.1 billion over the same time period.

“The SEC’s been warning investors now for months about the risks of SPACs, but that hasn’t made a dent,” said Tyler Gellasch, executive director of investor advocacy group Healthy Markets Association. “I expect the SEC and Congress are going to try to pop the speculative bubble soon, and a quick way to do that would be to restore some basic liability on those involved in the deals.”

Proponents of SPACs say the transactions offer retail investors the chance to see bigger returns that might otherwise be reserved for the private market. They also view the boom in public offerings as positive for the market, regardless of whether companies fail, because it means more businesses are going public and providing financial disclosure to the SEC.

Those supporters include U.S. climate envoy John Kerry, who earlier in March said the investment vehicles are valuable because they could help finance green energy companies — a remark that drew a sharp rebuke from AFR.

“They provide spectacular windfalls for insiders while performing very poorly for most investors. They’re not the solution to the climate crisis,” AFR said in a tweet directed at Kerry.

Republican SEC Commissioner Hester Peirce has warned against regulating the new offerings too quickly. Doing so could reduce the cost-effectiveness of SPACs, she said this month during a meeting of the SEC’s Investor Advisory Committee.

“Let’s certainly look at what’s going on, and try to get our arms around what’s going on. The ‘why now’ questions I think are good questions to ask,” Peirce said in an interview. But “we need to appreciate the potential for SPACs.”

AFR and the Consumer Federation of America want policy changes that would require more disclosure and ensure legal protections for investors. The groups also say the SEC should conduct more research into what kinds of investors bear the most losses when these companies fail.

Carson Block runs a hedge fund that has bet against companies going public through SPACs, citing research on flimsy company fundamentals. But his warnings have been met with resentment from retail investors.

“This is clearly a situation in which unsophisticated retail is being preyed upon,” Block said. “It’s because there’s euphoria, it’s because the markets are being artificially stimulated, and I have seen this movie before, most closely in the late ’90s to 2000s Internet bubble. The cure for it is to learn hard lessons.”

John Jenkins, a veteran corporate lawyer, said regardless of what regulators do, the boom reflected a fundamental problem in the market.

“You can hammer on the disclosure side, you can hammer on making sure that the conflicts of interest are out there and laid out, but these things are prospering because there’s kind of something wrong with the IPO process in general,” he said.

But Sherman said the demand is a sign that regulators need to focus on the issue more.

Many companies “don’t like the process of going public,” the California lawmaker said. “If we can protect investors and make it easier to go public, that’s what we should do. But, on the other hand, you don’t need a backdoor that evades all of our efforts to protect investors.”

Ben White contributed to this story.

END_OF_DOCUMENT_TOKEN_TO_BE_REPLACED

Merrick Garland is not playing it safe. END_OF_DOCUMENT_TOKEN_TO_BE_REPLACED