The Future of American Politics 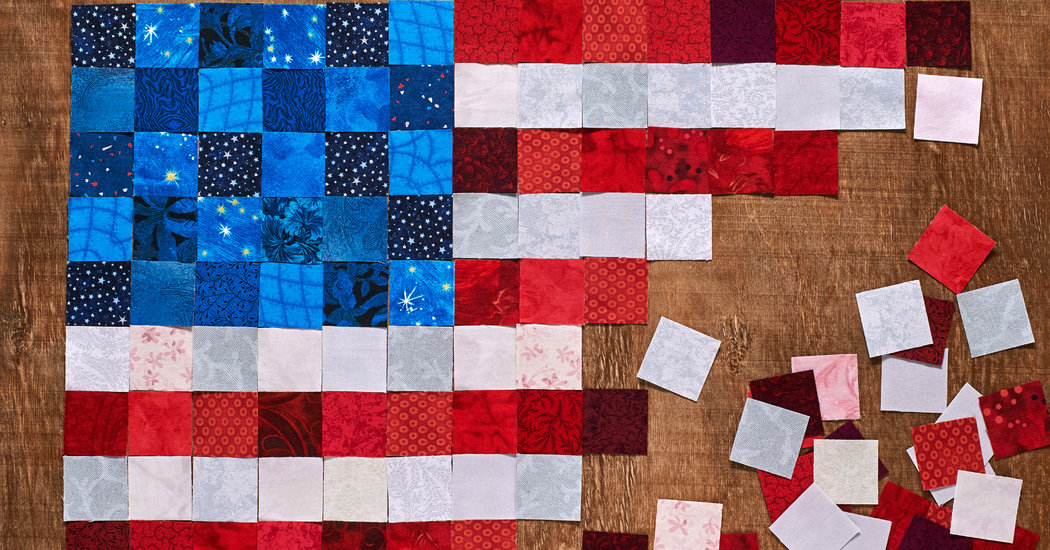 Men and women are primarily motivated by self-interest. No other partial truth has done as much damage as this one.

If you base your political and social systems on the idea that the autonomous self-interested individual is the basic unit of society, then you will wind up with an individualistic culture that widens the maneuvering room between people but shreds the relationships and community between people.

You will wind up with a capitalism in which superstar performers get concentrated in superstar cities and everybody else gets left behind. In a system based purely on competitive individual self-interest, those who are advantaged get to race out further ahead year by year. The sense of common community and equal dignity is annihilated.

This is the flaw of unrestrained liberalism, what the radicals call “neoliberalism” or “late capitalism.” And they are not entirely wrong.

Populists on the right and the left look at this current reality and they come to a swift conclusion: The game is rigged! Liberalism is a con! Then they come to a different conclusion. The essential logic of society is not actually individuals seeking their self-interest. It’s groups struggling for power. Society is an arena where certain groups crush other groups.

On the Trumpian right it’s the coastal cultural elite trying to crush and delegitimize the white Christian patriots of the heartland. On the cultural left it’s the whole Michel Foucault legacy. Language is a tool the oppressor class uses to permanently marginalize the oppressed. On the economic left it’s the Bernie Sanders class war. The greedy capitalist class rigs the system and immiserates the working class.

The populist narratives differ but all have the same underlying structure. We’re locked in a life-or-death struggle of oppressor vs. oppressed groups. It’s Us versus Them — the good people here and the bad people there. The problems in society didn’t just happen; they were consciously engineered by The Evil Other, who must be broken. Our very existence is at stake!

If the anthropology of unrestrained liberalism is the autonomous individual making his own way, the anthropology of populism is warrior ants in a ruthless tribal war. These are very different views of human nature, but they have something in common: Both narratives make us miserable!

In one, life is isolation, inequality and the feeling of being invisible. In the other, it’s malice, fear and constant war. And that’s because both of these political tendencies are wrong about human nature. They create societies that pulverize who we are and are made to be.

We evolved complex social networks in our brains to make us better at bonding, teaching and collaborating. We don’t cooperate only to get things we want individually. Often, we collaborate to build shared environments we can enjoy together. Often, we pick a challenge just so we can have the joy of collaborating. Relationships are ends to themselves.

Thus, the best future for American politics is not based on individual competition or group war. It’s based on this narrative: We are an incredibly diverse society that got good at collaboration because we had to. The best future politics puts collaborative pluralism, weaving, at the center.

That means, first, electing leaders who are masters at cooperation. No offense, but if you’re supporting Donald Trump or Bernie Sanders this year, collaboration skills are not high on your list of priorities.

Second, it means infusing cooperative weaver values into all of our organizations. There’s a fantastic community organization in Baltimore called Thread that has a few core competencies that shape its culture. We’d be in much better shape if every organization in America lived out these values:

Show all the way up. Be fully present, honest and vulnerable in all interactions. Recognize your own value. Push through discomfort to connect deeply with others.

Learn from all voices. Most of our challenges are complex. It takes every perspective to see an issue whole. Assume people have the best of intentions, and actively focus on the value they bring. Be intentional about being with those different from you.

Treat relationships as wealth. Human bonds are the chief resource of your organization. Recognize the inherent value of each person and meet each person where she or he is.

Fail forward. Life is iterative. Your vision is not always the answer, but rather a step in a creative learning process. Set up feedback mechanisms that support change and personal growth. Dogma won’t get you to the solution. Openness and adjustment will.

The third task of weaver politics is reforming institutions so they encourage collaboration. Some of our institutions, like Congress, have been completely subsumed by tribal warfare. Other institutions, as Yuval Levin writes in his book “A Time to Build,” are no longer formative places where we learn and serve; they have become platforms individuals use to broadcast their supreme selves.

America has an enormous task of institutional reform ahead of it, just as it did in the Progressive era.

The fourth and final task of this kind of politics is transformative policies that directly address our most serious divides. For example, reparations are a way to acknowledge the wrongs inflicted on African-Americans and to begin to heal that breach. Congressman Ro Khanna has a proposal that would show rural America that everyone has a place in the new economy. He would fund research and technology hubs throughout the country — a land grant college system for the 21st century.

The politics of weaving grows out of the acknowledgment that there is no dominant majority in America. There is no moderate center. Your group will never pulverize and eliminate your opposing group. There’s no choice but to set up better collaborative systems across difference. This is not a problem, it’s an adventure.

Yes, human beings are partly selfish and self-interested. But we are also supremely social and collaborative. This is the part we have to work on now.

END_OF_DOCUMENT_TOKEN_TO_BE_REPLACED

Our politicians have opted to protect profits instead of people. Even my own party isn’t doing enoughZarah Sultana is the Labour MP for Coventry SouthEvery day brings bleaker forecasts of the depths of the cost of living crisis. Last week it was news that the ... END_OF_DOCUMENT_TOKEN_TO_BE_REPLACED

For your next dip in the pool, glide into the water in a shiny metallic swimsuit. It’s a playful alternative to matte one-tone sets. The subtle shine style is even a 2022 swimwear trend, with celebrities like Kim and Khloé Kardashian, J.Lo, and Lizzo sporting ... END_OF_DOCUMENT_TOKEN_TO_BE_REPLACED