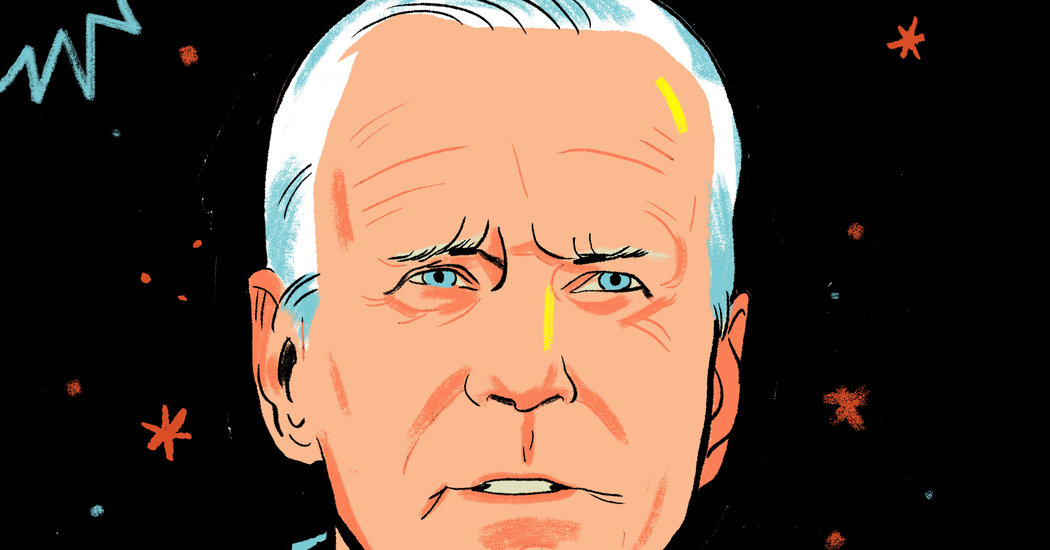 This article is part of The Best Case for Each Candidate, where Opinion columnists make their argument for each of the top six candidates.

The Democratic Party has an opportunity: Donald Trump’s chronic unpopularity, even in the midst of solid economic growth, means that 2020 is a once-in-a-generation chance to really go for it — to nominate the leftward-most candidate, reverse Ronald Reagan’s 1980s revolution and pull the whole political system decisively toward social democracy.

To nominate Joe Biden is to pass up that opportunity.

The Democratic Party has a choice: to root itself anew in working-class politics, trying to weld together the interests of younger Americans with downscale and service-sector voters, or to lean into its emerging identity as an upper-middle-class coalition, a party of progressivism and technocratic competence.

To nominate Joe Biden is to duck that choice.

This combination — plus, let’s be frank, Biden’s fumbling, wavering, I’m-too-old-for-this persona — explains why it’s so hard to find passionate supporters of the former vice president among pundits and commentators, real-world activists and Twitter agitators. To choose Biden over the more interesting options, over Bernie Sanders and Mike Bloomberg and Elizabeth Warren and Pete Buttigieg, is to choose the past over the future, sustainable decadence over dynamism and drama, the same old ineffective establishment over a more decisive break.

But Biden might still be the best choice for his party.

I’ve written favorably about Sanders’s capacity to unite Democrats and play a reverse-Reagan role — with the coronavirus, perhaps, as Trump’s Iran hostage crisis. But no one should doubt that Bernie’s ideological revolution is a gamble, and it remains an open question whether Sanders can pivot, as Reagan did, from revolution to reassurance once swing voters are in play.

For now Biden and Sanders both lead Trump consistently in polls, but Biden’s policies are considerably more popular, and if Sanders can claim that the polls prove socialism isn’t necessarily a liability, then Biden can say they prove the same of his age and his family’s buckraking. Candidates with more baggage than Biden have won the presidency (Trump himself being an example); a socialist promising the end of private health insurance has not.

Likewise, the different realignments that Sanders and Bloomberg and Warren seek all run the risk of realigning the Democrats right out of a majority. Root yourself in working-class politics and you might lose too many suburban women; become too fully upper-middle-class progressive and you might start to lose black and Hispanic men. The Sanders coalition relies on extremely optimistic projections about youth turnout; the Bloomberg coalition risks seeing suburban gains canceled out by rural and blue-collar losses. Nominating Biden won’t generate wild enthusiasm or infuse the party with Bloombergian billions, and enthusiasm and money matter — but so does having the broadest possible support.

So Biden remains the cautious, more-things-to-more-people choice, and if Democrats believe Trump to be an unprecedented authoritarian threat, then the case for such caution is self-evident. One might reasonably prefer a different cautious choice, an Amy Klobuchar or one of the failed-to-launch moderates — but Biden is the only one who appears viable, the only not-Sanders candidate who still has a clear-enough path to the nomination. And with Super Tuesday upon us, for cautious Democrats there may be no alternative.

The same case for the advantages of caution applies to what a Biden presidency might bring. He will not induce Mitch McConnell to pass Medicare for All or make college free, or perform the prestidigitation on the country’s regulatory system that Warren promises. But in a world with a Republican-controlled or 50-50 Senate, he is somewhat less likely than other candidates to see his agenda gridlocked from the start, more likely to successfully jawbone Joe Manchin on health care or Pat Toomey on guns, and perhaps modestly more likely to gain a Democratic majority in the Senate after 2022.

You lose any immediate chance at sweeping change, in other words, but you gain some room for incrementalism that greater ideological ambition might foreclose.

Finally, the strongest argument for Biden is nonideological: More than the other candidates, he offers the possibility of a calmer presidency, where politics fades a bit from the daily headlines, where the average American is less bombarded by social-media swarms and cable-news freakouts, where gridlock and polarization persist but their stakes feel modestly reduced.

I’ll be honest: It wouldn’t be good news for political columnists, but as a citizen it doesn’t sound that bad.

END_OF_DOCUMENT_TOKEN_TO_BE_REPLACED

Enter our giveaway, and you’ll automatically be eligible to win a 10-Piece Champions' Pasta, Soup & Stew Pot Set. You can enter up to two (2) times per e-mail address per day. Deadline 9.7.22. END_OF_DOCUMENT_TOKEN_TO_BE_REPLACED

For your next dip in the pool, glide into the water in a shiny metallic swimsuit. It’s a playful alternative to matte one-tone sets. The subtle shine style is even a 2022 swimwear trend, with celebrities like Kim and Khloé Kardashian, J.Lo, and Lizzo sporting ... END_OF_DOCUMENT_TOKEN_TO_BE_REPLACED