GOP donors are hobnobbing in person again; Dems are sticking to Zoom 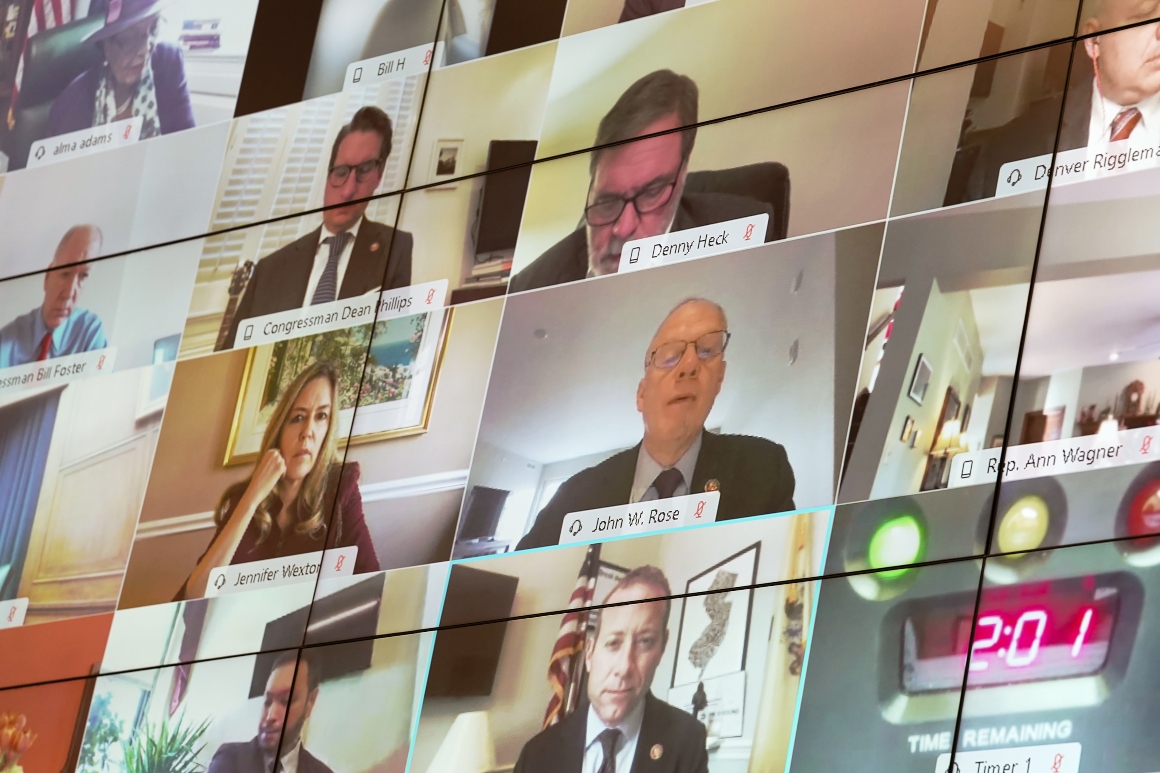 More and more people are getting the Covid vaccine, but for party fundraisers and members of Congress on the Democratic side, it’s not quite time to be piling into overpriced steakhouses or Georgetown soirees once again.

A few Democrats have dipped their toes in the water with outdoor events, but the party has mostly stuck to virtual fundraisers. A list of more than 80 upcoming fundraisers for House Democrats sent out by the Democratic Congressional Campaign Committee on Friday and obtained by POLITICO includes no in-person events, and a half-dozen Democratic lobbyists and consultants said they couldn’t recall being invited to any such gatherings.

Democrats’ restraint comes as Centers for Disease Control and Prevention Director Rochelle Wolensky warned this week that the country faces another virus surge, citing mass travel, the rise of more contagious variants and loosening restrictions. President Joe Biden for the first time urged governors to slow their reopening plans and to keep mask mandates in place as leaders race to make shots widely available. When Biden headlined a fundraiser for Atlanta Mayor Keisha Lance Bottoms last week, it was a virtual one.

Democrats’ caution poses a sharp contrast with a growing number of lawmakers on the GOP side of the aisle, who have been hobnobbing in person with donors for weeks, if not months, and are showing no desire to slow down.

In May, donors will be able to join Reps. William Timmons (R-S.C.), Bryan Steil (R-Wis.) and Lance Gooden (R-Texas) on a fundraising trip to Key Biscayne, Fla. Sen. Deb Fischer (R-Neb.) is set to host a spring retreat at the Inn at Willow Grove in Virginia. And Republican lawmakers are convening breakfasts, lunches and dinners at the same Washington restaurants that hosted their pre-pandemic fundraisers as well as the Capitol Hill Club.

A list of upcoming fundraisers sent out by the National Republican Congressional Committee on Friday lists 204 upcoming events, more than half of which are described as “in person.”

The DCCC declined to comment on whether it had issued guidelines for holding fundraisers during the pandemic. The NRCC didn’t respond to a request for comment.

The National Republican Senatorial Committee hasn’t “issued formal guidance and encourage[s] all Senators to follow local guidelines for their fundraisers,” according to an NRSC spokesperson.

Republican lawmakers and donors have for months been far more willing to meet and mingle in the flesh — as was in evidence last summer when Republicans held a limited in-person convention while Democrats kept everything virtual. But now that Washington’s ruling classes are mostly vaccinated, the divide in fundraising approaches is getting starker.

More than half a dozen GOP lobbyists, consultants and fundraisers said they’ve witnessed an uptick in interest in these live events in recent weeks, particularly now that lawmakers and many donors have had their shots and the weather is improving.

The return to real life fundraising, they said, seems to stem from the same pandemic fatigue afflicting the general public, which has led many Americans to return to normal life even though the majority of the country remains unvaccinated. But there are also downsides to virtual fundraising that have persuaded GOP fundraisers to shun it, including that the confines of Zoom and other online platforms don’t allow for one-on-one time with lawmakers.

“People are certainly over the Zooms, if you will,” said one Republican fundraiser who’s started planning in-person events. “The weather is getting nicer, so doing an outdoor reception is a feasible idea — whereas in January that wasn’t going to happen.” 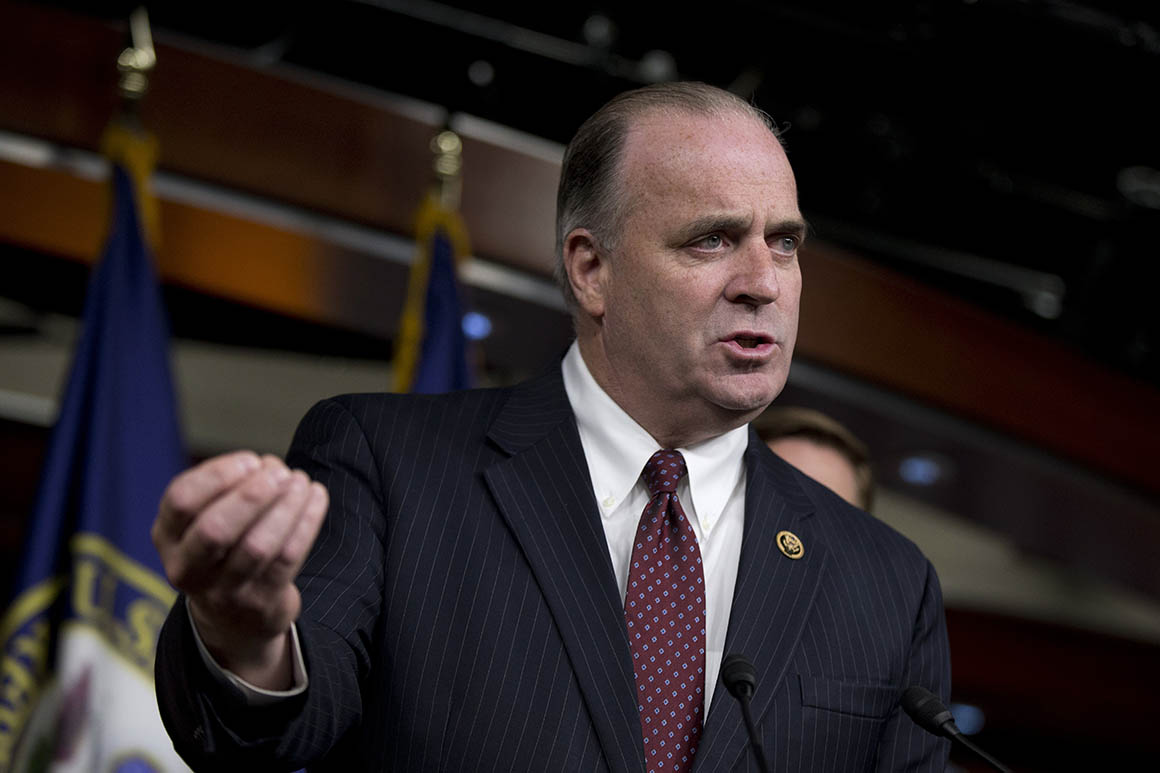 A few Democrats are also trying out in-person events. Reps. Dan Kildee (D-Mich.) and Scott Peters (D-Calif.) are set to host a fundraiser benefiting Kildee’s leadership PAC next month at the Whiskey Creek golf course in Maryland, according to an invitation.

A spokesperson for Kildee’s PAC said the fundraiser would be held entirely outdoors and that attendees would “strictly” follow state and federal guidelines for such events.

“Whiskey Creek is following enhanced sanitation procedures, including sanitizing golf carts,” the spokesperson said. “There will be no communal food at the event (everything will be individually boxed or wrapped).”

A Democratic lobbyist said the handful of other invitations he’d seen for in-person fundraisers were also for events taking place outdoors.

“People are cautious, and understandably so,” said Michael Fraioli, whose Democratic fundraising firm hadn’t held an in-person fundraiser in more than a year.

Some Democratic lobbyists said they thought in-person events might resume this summer as Covid restrictions eased and more people were vaccinated. “There’s been some talk of hopefully doing an in person event or (perhaps) even a PAC trip later this year but it’s all in the ‘Let’s see how it goes’ phase,” Paul Bock, a Democratic lobbyist, wrote in an email to POLITICO.

And the GOP lawmakers who do opt to host in-person events have a more limited guest list from which to draw. Some trade associations bar their lobbyists from attending in-person shindigs, one fundraiser said, while others leave it to their employees’ discretion. Among those who can attend, there’s also the divide between those who find it easier to stick to Zoom and those who prefer to go out for a party. Local health restrictions — particularly in D.C. — also keep numbers small.

For now, Republicans have more political cover to host events — whereas for Democrats, who have largely come down much harder on the side of public health precautions, the optics are more fraught. And so, the party’s fundraisers have stuck with the virtual money-raising circuit. And they’ve endured a load of Zoom fatigue in the process.

“I don’t think [virtual events] will ever go away completely, but I’ve had some lobbyists say if they never have to Zoom again they’ll be thrilled,” Davey said. He noted that he recently re-upped his Zoom subscription for another year.