Apple’s new smartwatch has a monitoring device that doctors credit with saving coronavirus patients’ lives. It can flag dangerous downturns. The coronavirus can be sneaky: Patients may feel fine one hour, then start gasping for air the next. And while some people feel sick within two days of being infected, COVID-19 symptoms can take up to two weeks to manifest.

So doctors have become increasingly reliant on a small medical device called a pulse oximeter that measures the level of oxygen in a person’s blood.

Blood-oxygen readings can help flag serious cases even before a person has developed severe symptoms like shortness of breath. They can also signal to patients when it’s time to go to the hospital.

Now they’re one of the many features on the new Apple Watch Series 6, which launches Friday.

The watch is far more expensive than a pulse oximeter sold over the counter at drug stores: $400 compared about $30 to $50. Traditional oximeters also clip around the fingertip instead of the wrist. But there are advantages to having the tool on hand at all times.

A June study from the Swedish Hospital in Chicago found that pulse oximeters reliably flagged severe cases of COVID-19 among patients who consistently monitored their blood-oxygen levels throughout the day.

Doctors typically look for a range of 95 to 100% for healthy patients. Oxygen levels below 90% signal a clinical emergency, according to the World Health Organization.

That suggested that blood-oxygen levels were a strong indicator of when a person needed immediate medical attention — perhaps even a better indicator than a patient’s physical symptoms.

Patients also reported that they were more comfortable not returning to the ER after seeing that their blood-oxygen levels were normal. That could help prevent sick patients from unnecessary exposure at the hospital. 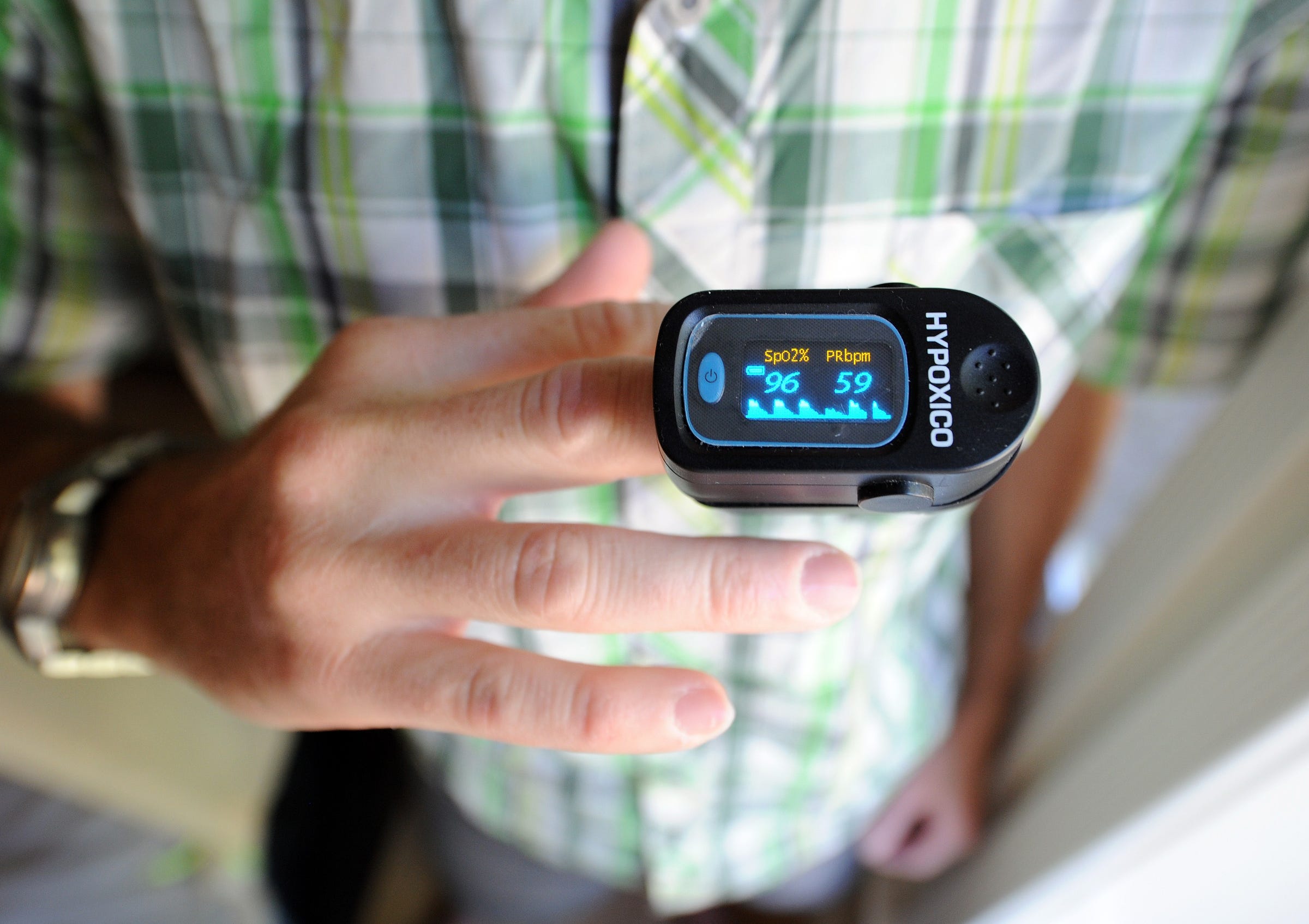 Of the 16 patients who returned to the ER with low pulse oximeter readings, only half of them had worsening symptoms. That could be a sign of “silent hypoxemia,” where patients develop dangerously low levels of oxygen before they have trouble breathing.

“As oxygen levels drop in patients with COVID-19, the brain does not respond until oxygen falls to very low levels — at which point, a patient typically becomes short of breath,” Dr. Martin Tobin, a professor of pulmonary and critical care medicine at the Loyola University Medical Center, told Medical News Today.

Patients with silent hypoxemia may still breathe heavily to supplement their lack of oxygen — an activity that can create more inflammation and collapse the tiny air sacs in the lungs. That’s why it’s important to treat patients as soon as their blood-oxygen levels start to dip.

The window is often short, since many coronavirus cases turn critical in a matter of hours.

“Pulse oximeters helped save the lives of two emergency physicians I know, alerting them early on to the need for treatment,” Richard Levitan, an emergency physician, wrote in The New York Times. “When they noticed their oxygen levels declining, both went to the hospital and recovered.”

Those who show up to the hospital early have a better chance of receiving noninvasive treatments like an oxygen mask, as opposed to ventilators, which require a breathing tube to be inserted through the windpipe. That decreases a person’s risk of lung injury.

Like any technology, however, pulse oximeters aren’t foolproof: Readings can be faulty if a person has jaundice, anemia, or another blood disorder. Even shaky hands can throw off a result. But doctors continue to recommend the tool for patients — especially in areas where hospital capacity is limited.

END_OF_DOCUMENT_TOKEN_TO_BE_REPLACED

Thinking of throwing a cookie swap shindig? We've got you covered with all types of tips, tricks, and advice. END_OF_DOCUMENT_TOKEN_TO_BE_REPLACED

Physician assistants are pushing to be renamed “physician associates,” complaining their title is belittling and doesn’t convey what they do. “We don’t assist,” they insist. Doctors’ groups fear there’s more than just a name in play. END_OF_DOCUMENT_TOKEN_TO_BE_REPLACED