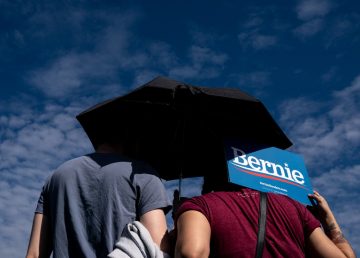 Stop saying that Bernie Sanders can’t win.Stop saying that he can’t defeat President Trump. That is by now a given. In fact, in head-to-head national polls, Sanders consistently outperforms Trump.Sanders is, for the moment, the clear front-runner to win the De... END_OF_DOCUMENT_TOKEN_TO_BE_REPLACED

setting unknown book took an has and