When It Comes to Reopening Restaurants, the Customer May Not Always Be Right 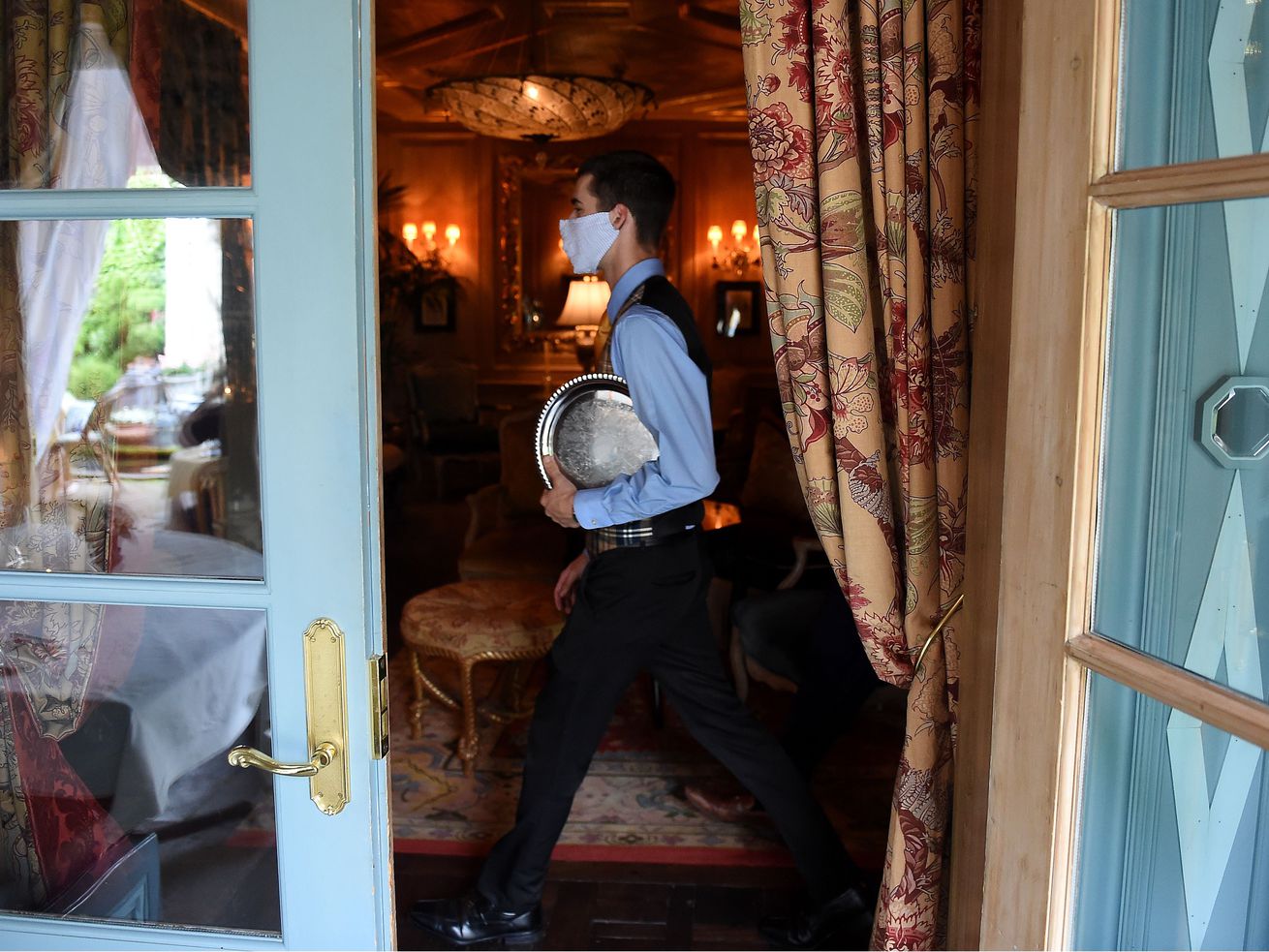 Navigating the coronavirus pandemic has been an unprecedented challenge for restaurant owners. Shutting down their restaurants due to government mandates and health concerns was hard — but for some, reopening is even harder.

One challenge, of course, is financial: Compounding the loss of sales from the months of closure, as well as new expenses like masks, physical partitions, and other supplies to keep everyone safe, are the reduced capacity mandates that mean restaurants can serve far fewer customers than usual.

But another challenge has to do with sentiment, on the part of both diners and staff. Some customers are eager to head back, while some are wary; and even more restaurant staffers — from owners and chefs to the servers on the “front lines” — are anxious about reopening quickly. The politicized nature of reopening doesn’t help bridge that gap, either.

“We are in Costa Mesa, California, in Orange County, which is sort of a fairly equal mix of conservative and more liberal, progressive-minded people, and what we have found is that every day is a messaging challenge,” said Carlos Salgado, chef/owner of Michelin-starred Taco María, during an Eater Talks panel held on Monday, June 29. While Orange County announced restaurant dining rooms could reopen in late May, Salgado felt it was too early and has kept Taco María closed for dine-in service, to the displeasure of certain diners.

“There is a large percentage of our community population that expects that restaurants should be fully open, that things should return back to normal, and we find ourselves having to regularly manage conflict between passersby and my staff members.” That means time spent explaining the situation to customers over the phone, physically keeping people from wandering into the restaurant, or dealing with customers who make light of the contactless pickup setup, in which staffers are masked and behind glass.

“Whereas fine dining and hospitality is often thought to be about creating a culture of yes — the customer is supposed to always be right — I think now is the time for us to be asserting ourselves,” said Salgado. “[Restaurants right now] are really better informed and better practiced than your average consumer as to how to manage this process for everyone’s safety.”

“For the longest time, we’ve been conditioned: As a consumer, I’m always right. Well, unless you’re wrong.”

Reyna Duong, owner of Sandwich Hag in Dallas, echoed Salgado’s point. Especially in this moment, when diners and restaurant staffers may not agree, the norms of hospitality relationships could use revisiting.

“For the longest time, we’ve been conditioned: As a consumer, I’m always right. Well, unless you’re wrong. We’re servers, but we’re not your servants. So the entitlement that we all recognize — being in the restaurant industry especially — has to be unlearned and it has to be un-conditioned, if you will,” said Duong during Monday’s panel. Duong said that maintaining positive relationships with customers — and protecting staffers from those customers who are disrespectful — is crucial to create a safe workspace.

“Part of protecting the team is also protecting customers from jerks, right? So creating a safe space on every level has to come from me, where my team has to know that they they don’t have to just deal with it because their tip depends on it, their job depends on it.”

But it’s not easy, said Salgado.

“It’s difficult to know whether you’re doing the right thing by pushing back against guests. We in the restaurant industry, especially restaurants owned by people of color, we’ve been conditioned and patterned to accept that the more affluent diner and their needs and their desires are to be met, and that they’re right in all cases,” he said. “I think this has been a time where we’re really beginning to see the validity of the opposite belief, which is that our safety, our security, our standards, our practices — we need to advocate for those and uphold those and it’s okay to say no.”

Luckily, there are many diners who get what restaurant owners and their staffers are going through. Deborah VanTrece, owner of Twisted Soul Cookhouse & Pours in Atlanta, said that her customers were generally supportive of the restaurant’s conservative approach to reopening and safety protocols when she reopened Twisted Soul for outdoor and indoor dining. Those protocols include masks for all guests, placing the host stand outside, and plastic covers that shield every dish on its way from the kitchen to the table.

VanTrece said she’s seen from customers “a sense of gratitude and a sense of relief on all of the measures that have been taken.”

“To open, we wanted it to be a win-win [for customers and staffers], and it has been… So far, it’s been working well for both myself, my customers, and most importantly my staff,” she said. “We put everything we can in place, our numbers are up, they’re making money; and we’re still making sure we’re checking temperatures and doing everything we can.

But we also know there’s still that risk that we’re taking.”

END_OF_DOCUMENT_TOKEN_TO_BE_REPLACED

The Streets: None of Us Are Getting Out of This Life Alive review | Alexis Petridis’s album of the week

(Island Records)The musical landscape has shifted from Mike Skinner’s noughties tales of life and laddism, and this mixtape brings in the new guard from Ms Banks to IdlesCast your mind back to the summer of 2004. Mike Skinner – that then-rarest of things, a Br... END_OF_DOCUMENT_TOKEN_TO_BE_REPLACED

Win A Copy of The Mexican Keto Cookbook