NELSONVILLE, Ohio — The Mary Hill Youth and Family Center’s building has long been at a crossroads overlooking this rural Appalachian city, but its purpose has evolved.

For 65 years, residents of Nelsonville and the rolling hills of southeastern Ohio traveled to the hilltop hospital seeking care. Then, in 2014, the 15-bed hospital, which was often without patients, closed.

Later, the three-story brick building reopened as a hub for health services. With the help of several funding sources, Integrated Services for Behavioral Health, a nonprofit social service agency, transformed the building into a site for mental health treatment, primary and dental care, and food pantry access.

In June, the organization opened a 16-bed residential mental health treatment program on the former hospital’s top floor. The program serves children in rural southeastern Ohio and gives families an option besides sending their kids far away — sometimes out of state — for residential care.

“For a long time, we’ve been trying to figure out, ‘How do we support services being delivered more locally?’” said Samantha Shafer, CEO of Integrated Services for Behavioral Health. “Because when you have the programs here, the work you can do with families is more successful, health outcomes are better.”

Efforts to offer residential mental health services at Mary Hill Center, and in other rural Ohio towns, were boosted, in part, by a tiny share of Ohio’s $5.4 billion allotment from the American Rescue Plan Act, a federal covid relief law that was passed in 2021.

Congress gave $350 billion to state, local, and tribal governments as part of ARPA, allowing states to decide how they would use the funds. So far, dozens of states have allotted a relatively small portion to improving mental health resources. Ohio is one of a small group of states that further divided their allocation to spend a portion on children’s mental health care.

Experts said that using ARPA funds is just one way for states to support children’s behavioral health during what health professionals have called “a national emergency in child and adolescent mental health,” which was worsened by the pandemic. In an effort led by the American Academy of Pediatrics, multiple organizations wrote to the Biden administration in October, urging it to declare a federal national emergency over children’s mental health.

“At the time that ARPA came out, we were really trying to figure out, as a country, how the mental health, behavioral health systems could be bolstered, because, in my opinion, the systems are really broken,” said Isha Weerasinghe, a senior policy analyst at the Center for Law and Social Policy, a national, nonpartisan group that advocates for policies that help people with low incomes. “And what ARPA was able to do was to provide some foundational dollars to help bolster the systems.”

The center has said that ARPA’s funding provisions are “insufficient to counter deep systemic and historic inequities” in mental health care. Nonetheless, Weerasinghe said an opportunity exists for the money to have a long-term impact on children’s mental health care if applied to organizations that have demonstrated a commitment to maintaining children’s well-being in their communities.

States have until 2024 to allocate their ARPA funding and until 2026 to use it. According to the latest quarterly analysis by the Center on Budget and Policy Priorities, a left-leaning think tank in Washington, D.C., most states have either completed or nearly completed their allocations. Among states, the median allocation to support mental health services is about 0.5%, based on the CBPP data. For states in the Midwest region, the median is about 3%.

The CBPP numbers showed that by August the mental health allocations varied widely in the mostly rural states where suicide rates repeatedly eclipse the national average by double or more. In some of those, including Montana, South Dakota, and Wyoming, officials allocated less than the nationwide median. Meanwhile, lawmakers in Colorado steered nearly 11% of the state’s money toward mental health.

Of the $84 million Ohio officials dedicated to pediatric behavioral health facilities, $10 million will go to rural counties in the state’s southeast. That is less than half a percent of the state’s $5.4 billion ARPA allotment. But clinicians hope it will help address gaps in Appalachian Ohio’s mental health services for children.

In recent studies, the Public Children Services Association of Ohio, a nonprofit advocacy group, found that because of gaps in services, some children with behavioral health needs in Ohio were placed out of state or in a distant county for care. The association surveyed the public children’s services agencies in 19 counties and found that for most of their cases in 2021, the agencies made many calls before finding a residential treatment facility placement for a child. 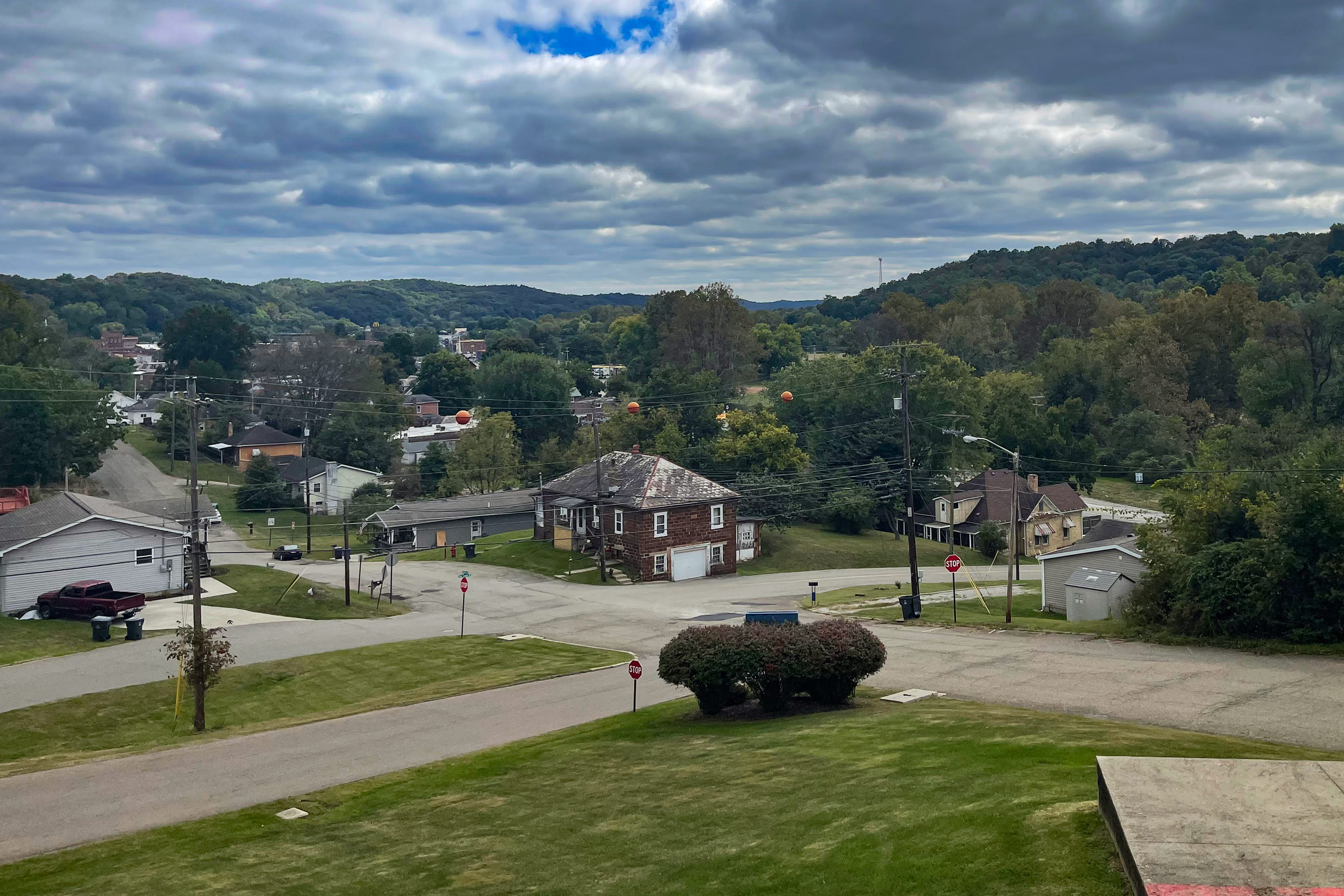 In Nelsonville and the rural, hilly country that surrounds it, ARPA money has played a minor role in expanding services.

The new residential treatment facility at Mary Hill Center, which serves 10- to 17-year-olds, was designed for 16 beds. But as of September, because of staffing shortages, the facility operated at limited capacity and had served a maximum of five children at once.

Shafer said non-ARPA money paid for most of the renovations needed to open the floor, but about $1 million from ARPA will help upgrade elevators and bathrooms.

Her organization will use an additional $7 million to build another residential treatment facility — its program modeled after Mary Hill Center’s — in Chillicothe, a city about 55 miles west of Nelsonville. That facility will have capacity for 30 beds, but it will start with a cap of 15. Construction is set to begin in January.

Services at the residential facility in Chillicothe will primarily be reimbursed under a new Medicaid program called OhioRISE, which will pay for behavioral health treatment at psychiatric facilities for young people. But the facility will also treat children who aren’t enrolled in Medicaid.

Before the rural Ohio projects were approved for ARPA funding, they were each reviewed by Randy Leite, executive director of the Appalachian Children Coalition, a nonprofit that advocates for children’s health. He decided which proposals for ARPA-funded projects from the Appalachian region were presented to Ohio’s Department of Mental Health and Addiction Services.

“I told people in Columbus I could give them $300 million of ideas to spend money on, but a lot of that wasn’t practical and doable,” Leite said. Instead, he focused on ideas that were “shovel-ready” — so they could be completed within the ARPA spending time frame — and sustainable.

“A lot of the sustainability is tied to services that are reimbursable,” he said.

Leite and the coalition presented Ohio officials with about $30 million in ARPA investment recommendations, including a project meant to expand telehealth capacity in schools. State officials approved only about a third of the total requested. The money went to the Integrated Services for Behavioral Health facilities and Hopewell Health Centers, a federally qualified health center that received about $1.5 million. That money will pay for renovations to its 16-bed child crisis stabilization unit in Gallia County, south of Nelsonville; an expansion of its day treatment program; and enhancements to its school-based mental health programs — including one in Nelsonville’s school district.

“For students to learn, they have to have good physical and mental health,” said Sherry Shamblin, chief strategy officer of Hopewell Health Centers. “Those supports are really needed for kids to be able to take good advantage of their education opportunities.”

END_OF_DOCUMENT_TOKEN_TO_BE_REPLACED

I can’t get my HRT, again – this second UK shortage wasn’t supposed to happen | Rose George