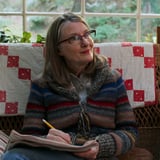 Netflix’s small-town drama Virgin River has developed a devoted fanbase since its premiere in 2019, and when the second season premiered this in November, it became one of the most watched shows on Netflix. There is a lot to love about the show, from its picturesque setting to the white-hot chemistry between Mel Monroe and Jack Sheridan. The most integral part of the series, however, isn’t the romance; it’s the strength of the female characters who lead the town, challenge sexism, and flip the script on what to means to be nurturers.

It’s empowering to watch a show where women not only value themselves but are protective of one another (even as they’re competing against each other). Hope, Connie, Lily, and Muriel are part of an older generation of residents, while Mel and Paige adopt Virgin River as their home. They come from different generations but are alike in their compassion and leadership.

As soon as Mel arrives in town, she fights for her place as nurse practitioner at the only clinic in town when Doctor Mullins treats her like his assistant; she doesn’t hesitate to call him out when he’s being sexist and remind him how good she is at her job. Mel walks through life with a steel backbone and keeps her cards close to her chest, but she’s there when the town needs her. When Jack’s spiraling, she talks him off a ledge. She also bolsters Lily’s confidence when she’s worried about raising a baby on her own. And when Jack’s shot at the end of season two, Mel’s the one who comes to his rescue. She may have sought the town as her refuge, but it eventually becomes her home.

Missing Virgin River Already? Check Out the Real Locations Where the Show Filmed


Much like Mel, Paige too escapes to the town with her son Christopher, though it’s because she’s hiding from her abusive husband. She reinvents her identity and autonomy as a business owner, and while we don’t see much of Paige in season two, the constant presence of her bakery truck feels like a metaphor for her importance to the town.

The fact that Connie keeps it running in her absence is proof of that. Despite being the town’s self-righteous gossip, Connie keeps Paige’s secret safe and is willing to lie to the police for her. “No child should have to grow up without a mother. And I’m damned if I’m gonna let that happen to Christopher,” Connie says to another character.

This take-charge attitude runs in her circle of friends: When Connie has a hard time with her niece, Hope says, “You don’t argue with children, pets, or husbands. You tell them what to do.” It’s likely why she ran and won the town’s mayorship unopposed, and how she dictates her romantic relationship with Doc.

These women are nurturers, but they defy the outdated definition by also using those skills to wield power responsibly. They are leaders, entrepreneurs, and friends. In the end, this might be why viewers are so taken with the series. We came for the romance, but we stayed for the uplifting friendships and powerful female figures.

END_OF_DOCUMENT_TOKEN_TO_BE_REPLACED

The big idea: are we living in a simulation?

Could the universe be an elaborate game constructed by bored aliens?Elon Musk thinks you don’t exist. But it’s nothing personal: he thinks he doesn’t exist either. At least, not in the normal sense of existing. Instead we are just immaterial software construct... END_OF_DOCUMENT_TOKEN_TO_BE_REPLACED

Beyoncé’s ‘Renaissance’ Debuts At No. 1 With 2022’s Second-Biggest Week