Sure, China’s Hypersonic Weapons May Have Incited a “Sputnik Moment” 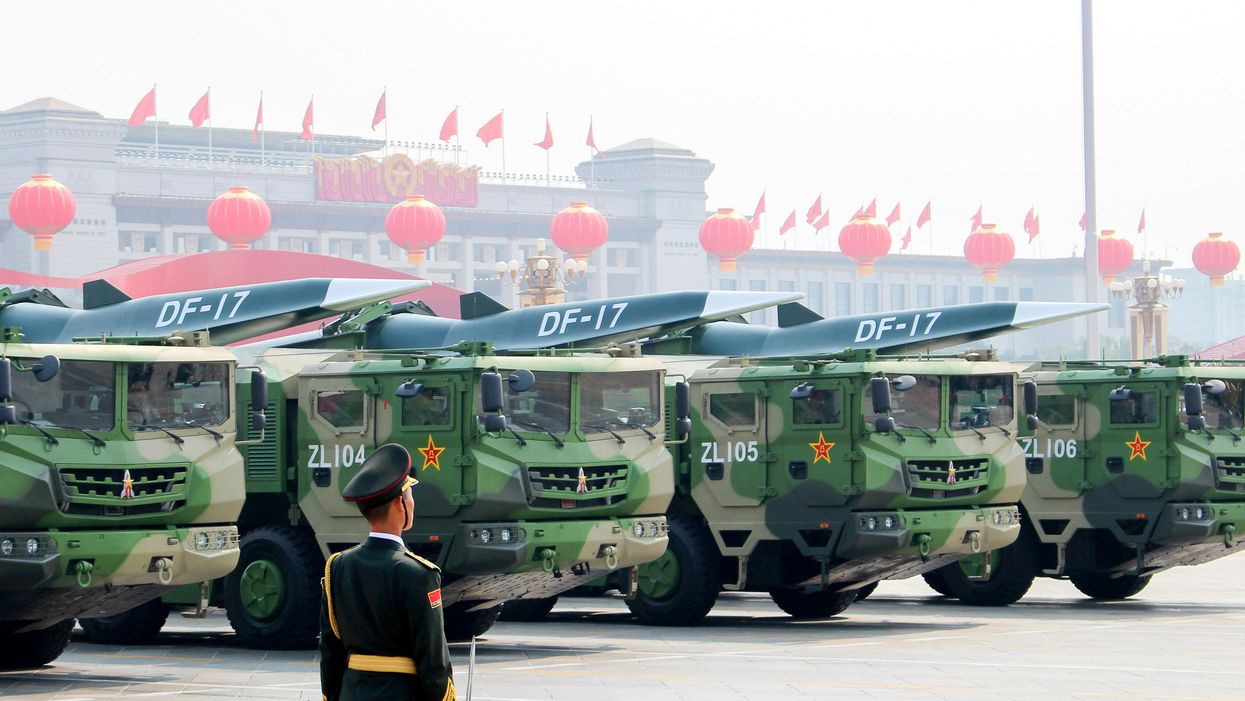 Hypersonic flight may sound futuristic, but it’s been around for at least 70-odd years—since the nose cones of ballistic missiles first began to regularly re-enter the atmosphere at better than Mach Five. (Five times the speed of sound is the commonly accepted definition of such speeds.)

In the 1960s the United States and the Soviet Union both experimented with the technology. In recent years Russia and China have doubled down on it, and they haven’t been keeping quiet about it either. Russian President Vladimir Putin gave a speech in 2018 that was accompanied by an animated impression of how a hypersonic missile would look like on its way to North America. The Chinese have pushed the technology just as hard, and with far more funding.

So why is the Pentagon shocked, shocked to learn that in August, China tested two nuclear-capable hypersonic missiles? The Financial Times reported it earlier this month, apparently basing it on Pentagon sources. Though it just might have been an officially sanctioned leak.

Could this be a “Sputnik moment”? After the original such “moment,” following the Soviet’s 1958 launch of a satellite of that name, the United States more or less panicked: The government upped funding for the space program, and schools put new emphasis on science and mathematics. Not that there’s anything wrong with that.

General Mark Milley, chairman of the Joint Chiefs of Staff, distanced himself from the concept only to embrace it. “I don’t know if it’s quite a Sputnik moment, but I think it’s very close to that,” he said in an interview yesterday on Bloomberg Television.

The U.S. has armed itself according to an outspend-our-rivals mindset at least since Grant prevailed over Lee in 1865. But is this really a wise move against China in 2021?

Expect yet more funding for U.S. research on hypersonic technology. I say “yet more” because Congress has been worried for some time about a possible hypersonic missile gap. For fiscal 2022 the Pentagon’s request for hypersonic research funding is US $3.8 billion—up from $3.2 billion in 2021 and $2.6 billion in the previous year.

The U.S. military wants not only hypersonic missiles of its own but also a world-embracing network of low-orbiting satellites that can catch a hypersonic missile in time to alert potential targets. Not that the targets could defend themselves: There is today no antimissile that can hit such fast-moving, maneuverable vehicles. But at least a timely tip could enable the doomed site to retaliate before dying, a capability that would reinforce the sardonically named system of deterrence known as MAD, for mutual assured destruction.

Existing missile defense is based on high-orbiting, geostationary satellites, which are great at noticing booster missile launches but not the faint emanations from the trail of a hypersonic missile. “Because of these challenges our current terrestrial- and space-based sensor architecture may not be sufficient to detect and track these hypersonic missiles,” Admiral Charles A. Richard, commander of U.S. Strategic Command, said at a symposium in August.

“We are witnessing a strategic breakout by China,” Adm. Richard added. “The explosive growth and modernization of its nuclear and conventional forces can only be what I describe as breathtaking. And, frankly, that word ‘Breathtaking’ may not be enough.”

What does all this mean for the balance of power? Perhaps the nuclear aspect is not the real problem. The Russians and the Chinese now have tactical missiles, ready for use, that can do quite a lot while packing nothing more powerful than high explosives.

Take as an example the recent talk of whether the United States might defend Taiwan against a Chinese attack of some kind. In any naval conflict in the South China Sea, Chinese missiles based on land could hold the U.S. Navy’s supercarriers at arm’s length, because both sides know that the carriers have no defense. The only thing a carrier could do is steam right into the death zone and say, “If you sink me, my country will be very, very cross with you.”

But even this tactical point may not get to the true heart of the problem. Any arms race has an powerful economic component: It’s a game of one-upmanship, and if it has any strictly strategic point at all, it is to force the other side to spend more money than it can afford.

Generally speaking, the side with the most resources will win.

The United States has fought according to this logic at least since Grant prevailed over Lee in 1865, and it has used it successfully in every subsequent conflict with a peer power—with Germany and Japan in World War II and with the Soviet Union in the Cold War. But the United States may no longer be able to count on sheer economic might.

By some measures, China now has an economy as big as that of the United States, though of course China is far behind on a per capita basis. Still, its interests are, for now, concentrated in just one part of the world, whereas the United States has responsibilities everywhere. For China, then, a costly arms race may be just the thing.

END_OF_DOCUMENT_TOKEN_TO_BE_REPLACED

5 most breathtaking Baguio sites showcased on The Broken Marriage Vow

Out of Town Blog 5 most breathtaking Baguio sites showcased on The Broken Marriage VowKeep up with all the raging drama with Viu Premium powered by PLDT Home! Team Out of Town Blog Hub (Outoftownblog.com) – The log houses we all wish our parents own plus Bag... END_OF_DOCUMENT_TOKEN_TO_BE_REPLACED

A Clear Explanation on Chicken Stock vs. Broth

The two terms are used interchangeably for recipes like chicken noodle soup, chicken pot pie, or Golden Chicken Broth With Real Egg Noodles, but chicken stock and chicken broth are not the same thing. Let me repeat myself: stock and broth (whether it be chicke... END_OF_DOCUMENT_TOKEN_TO_BE_REPLACED