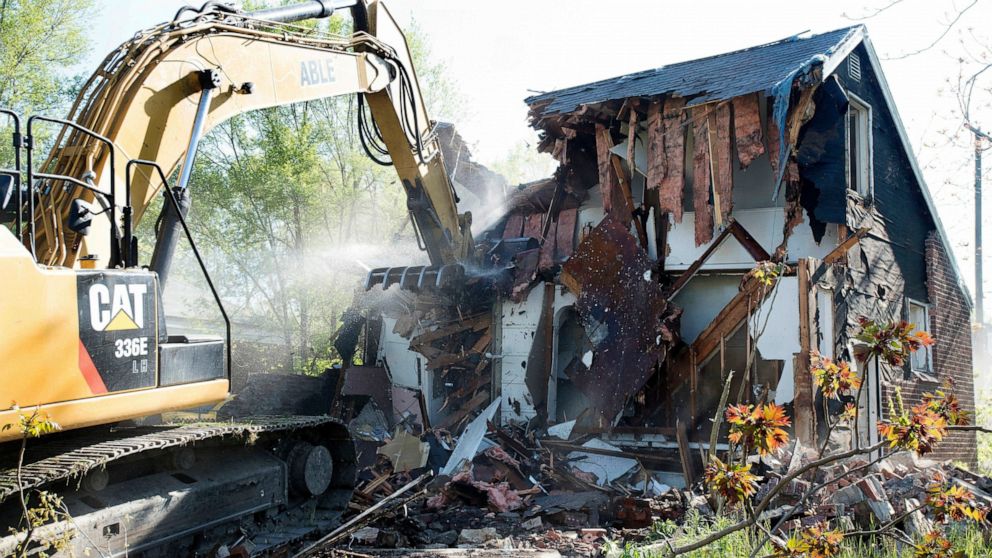 Cost-savings and public safety benefits by swiftly demolishing dangerous vacant houses in Detroit could outweigh the risk of asbestos exposure to people in neighborhoods, according to researchers at the University of Michigan.

A study of 25 emergency demolitions found small to undetectable concentrations of asbestos, which has been linked to cancer, mesothelioma and other illnesses.

Of 101 air samples analyzed, 54 showed a measurable “amount of dust of any kind,” said Rick Neitzel, associate professor of environmental health science and principal investigator on the study. But only one microscopic asbestos fiber was found in samples from each of two houses.

“Frankly, I was expecting to find more asbestos,” Neitzel said. “We were extremely surprised, and it was great news from a public health perspective.”

The average cost to tear down a vacant house in Detroit is about $12,600, according to the Detroit Land Bank Authority. Nearly, $4,000 of that cost goes to removing asbestos before demolition, as required by federal rules.

The study suggests that money could instead be spent on tearing down more houses.

“Crime and things associated with blighted homes likely pose a much bigger impact from a public health perspective,” Neitzel said.

But city officials noted that federal requirements would have to change for them to stop doing abatement.

“We are encouraged that this study shows our environmental protocols during demolition have effectively protected residents,” Detroit Demolition Director LaJuan Counts told The Associated Press. “Unless there is a change at the federal level, we will continue to include abatement as part of our standard demolition protocols.”

The exception being emergency demolitions when “abatement is not possible due to worker safety concerns,” Counts said.

Mayor Mike Duggan’s administration has torn down about 19,000 vacant houses in Detroit since 2014.

Asbestos was used in window caulk, insulation, plaster and taping compounds, floor and roofing tiles, siding and other housing materials until it was banned in the late 1970s.

The University of Michigan study was conducted between October 2017 and March 2018. The 25 houses where samples were taken were considered emergency demolitions, so inspectors were unable to go inside and safely look for and remove asbestos. But because 96% of the vacant houses already demolished in Detroit had asbestos, it’s very likely there was some asbestos material in the 25 houses included in the study, Neitzel said.

In 2018, the Detroit Land Bank Authority at one point halted demolitions after health officials became concerned that lead-contaminated dust — primarily from old lead-based paint —was being spread through some neighborhoods. The use of lead paint was outlawed in 1978.

But a study conducted by the Detroit Health Department using 2018 data concluded there was no association between demolitions done by the city and elevated blood lead levels, according to Denise Fair, Detroit’s chief public health officer.

END_OF_DOCUMENT_TOKEN_TO_BE_REPLACED

Can You Climb a Chain-Link Fence? The NYPD Wants You.