Ring The Alarm! The Peloton x Beyoncé Artist Series Is Back and Ready to Get Everyone Moving

Published 3 months ago iNFO Vi3m ago 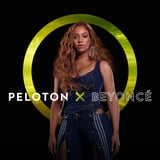 The return of the Peloton x Beyoncé Artist Series is all about tapping into our power in every way possible. Around this time last year, Peloton and Beyoncé launched their artist series with seven dance-break-inducing classes. But this year that number has nearly tripled. Peloton is set to offer 17 classes over the course of three days, beginning Oct. 19.

You don’t even have to own the bike or the treadmill to participate. Peloton has made it clear that it wants all of its members to harness their power in a way that suits them. If you want to work out outdoors, Peloton is dropping outdoor walk and run classes. If you want to do no-equipment workouts, barre and stretching classes will be released as well. And if you’re a devout cyclist or tread enthusiast, expect to join in on those classes too.

With the expansion of class offerings, for the first time in Peloton Artist Series history, these classes will be offered in three languages – English, German, and Spanish – while hosting its signature assortment of live and on demand classes from both its New York and London studios.

This time last year, I remember just how many times I was feeling myself during a yoga flow with Chelsea Jackson Roberts, PhD, every time she told us to put on our crowns. So best believe this time I’m even more excited to throw on my Peloton apparel and move to this expanded Beyoncé Artist Series.

Watch the video above to have sweet dreams of this upcoming three-day event.

Remember: If you are new to Peloton, you can access this Artist Series for free as a part of the Peloton app 30-day trial membership!

END_OF_DOCUMENT_TOKEN_TO_BE_REPLACED

Idaho is the ‘reddest of red states.’ So why are Republicans fighting so much? END_OF_DOCUMENT_TOKEN_TO_BE_REPLACED

Out of Town Blog New Year, New Phone: Five reasons why the A95 is the glow up you need in 2022Team Out of Town Blog Hub (Outoftownblog.com) –  Are you one of those people who look to upgrade their smartphones to suit their lifestyle, but find that there are ... END_OF_DOCUMENT_TOKEN_TO_BE_REPLACED

Yes, The Rock Did Have A T-Rex Skull Behind Him On The Manningcast, And It’s Name Is Stan (And Maybe Cost $31.8 Million)