MRI and Ultrasound Can Sneak Cancer Drugs into the Brain 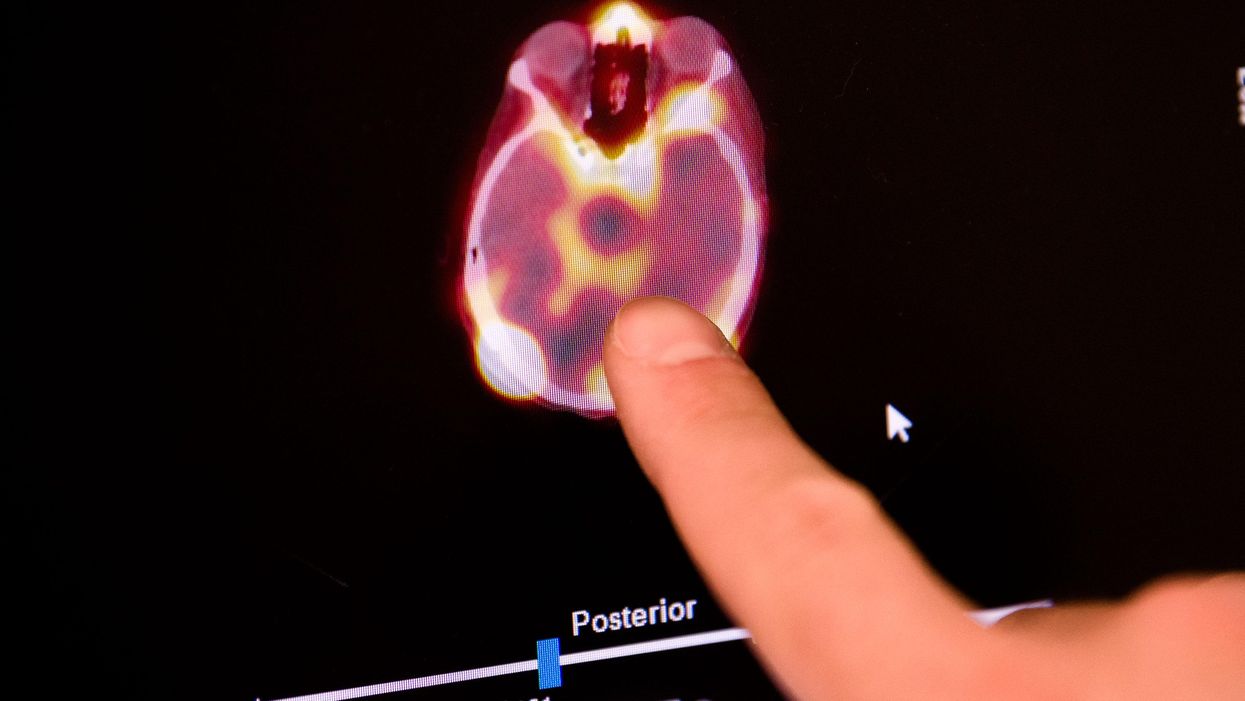 Cancer treatments have come a long way. In just the past few decades, monoclonal antibody treatments have become increasingly common, harnessing the body’s own immune system to attack cancer cells. But there’s one place that this therapy can’t effectively reach—the brain.

That may be changing. In a new study, researchers temporarily made the blood-brain barrier more permeable, allowing a monoclonal antibody to target cancer that had spread to the brain. Scientists made it possible for the drug to cross the barrier—a protective membrane which prevents most larger molecules from entering the brain—using focused ultrasound beams guided by magnetic resonance imaging (MRI). Though there has been promising research on the technique, it had never been used to deliver a drug to the brain. Scientists also used a system of radioactive tagging to show that more of the drug had reached the tumors. No patient had notable side effects from the treatment. Though the study was preliminary, it could open the door to treating a whole range of diseases impacting the brain.

The treatment holds “tremendous promise,” said Nir Lipsman, a neurosurgeon and scientist at Sunnybrook Health Sciences Centre in Toronto, Canada and a senior author of the study.

In the study, four patients with a type of metastatic breast cancer, Her2-positive, first received a treatment of trastuzumab, a common monoclonal antibody treatment also called Herceptin. Collectively, the patients received 20 treatments—up to six each. The ultrasound therapy took place inside a high-resolution MRI scanner that the researchers used to target the treatment. The researchers used a hemispheric helmet with 1024 ultrasound transducers to deliver the ultrasound, targeting it by both moving the helmet and adjusting the voltage across individual transducers, causing a slight difference in the phase of the ultrasound that can correct for variations in the thickness of the skull.

“The human skull acts like a defocusing lens,” said Kullervo Hynynen, the vice president of research and innovation at Sunnybrook Research Institute and another author of the study. To customize each ultrasound beam to the patient’s skull, Hynynen said the researchers used computer tomography (CT) scanning to plan out the ultrasound they would apply in advance.

While the ultrasound was delivered, the patients were also receiving an infusion of lipid-based microbubbles. In combination with targeted ultrasound, the microbubbles produce the temporary permeability of the blood-brain barrier.

Scientists still don’t entirely know why this is. In the 1950s, researchers started to notice that ultrasound seemed to break down the blood-brain barrier. Hynynen came across these early studies while doing cancer research and started to try the technique to make the barrier more permeable. But in animal studies, using only ultrasound didn’t consistently avoid injury. Only when the researchers tried using microbubbles did they avoid inflicting damage. 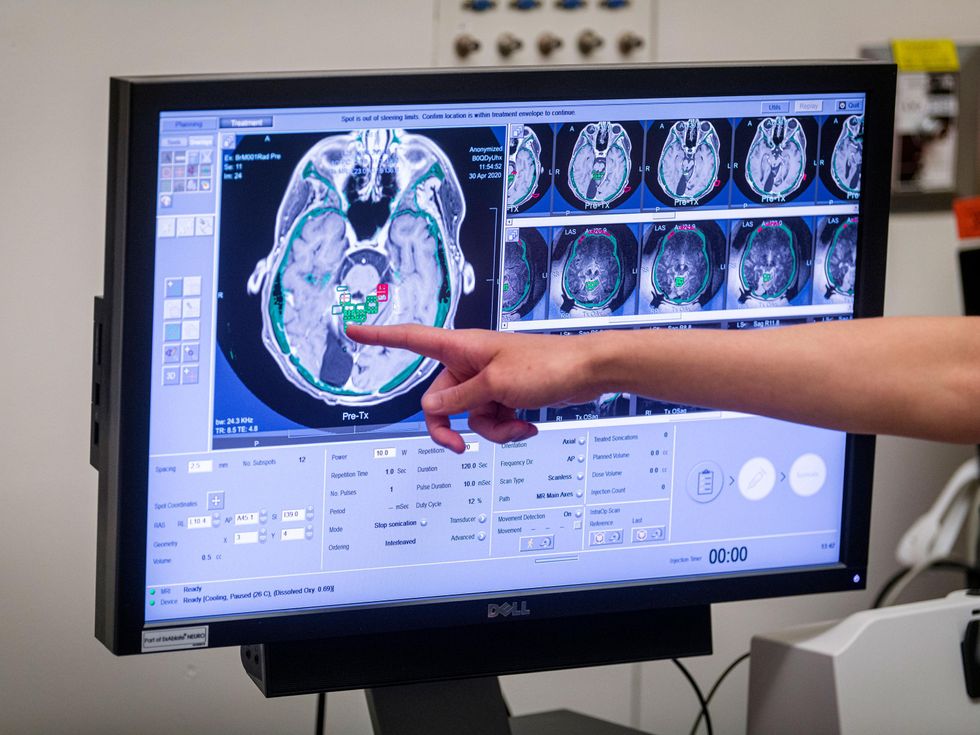 “I realized that… it is obvious that this is the way to do it,” said Hynynen. Though the mechanism isn’t clearly understood, researchers think that the bubbles press against the blood vessels leading to the blood-brain barrier in response to ultrasound pulses. Essentially, this mechanical force seems to temporarily hold the barrier open. After the pulse is over, the bubbles stop exerting this force and the barrier goes back to being “closed”.

This technique had been studied in humans before to treat conditions like glioblastoma, a type of brain cancer, and amyotrophic lateral sclerosis (ALS), though those studies did not include a drug. It’s also the first time that researchers have shown that a drug actually got to the tumors it was targeting. They used trastuzumab that included a radioactive tag, allowing them to using single-photon emission computed tomography (SPECT) to observe how much medication had actually made it the patients’ tumors. The imaging showed the tumors impacted by the ultrasound took up more of the medication, while normal and unaffected areas of the brain did not. The patients’ tumors also shrunk.

Though the results of the study are encouraging, it is extremely small, and also has other limitations, said Nathan McDannold, a medical physicist and professor at Brigham and Women’s Hospital and Harvard Medical School who was not involved in the study.

“We don’t know if we can get enough [drug] in to have a robust therapeutic effect,” he said. The authors themselves caution against overinterpreting the reduction in tumor size. McDannold also said that the SPECT imaging has a fairly low resolution, so it’s hard to say how precise the researchers’ measures of the amount of drug in the tumors are.

Still, medical imaging technology is improving quickly, from the high-resolution MRI that made this research possible to new techniques to detect cancer, like microwave breast imaging. New advances will make MR-guided ultrasound an even more promising treatment, said Lipsman—not only for cancer, but for a variety of other diseases impacting the brain.

“Every aspect of the procedure is undergoing advances,” he said. “I think that’s one of the exciting aspects of this area.”

END_OF_DOCUMENT_TOKEN_TO_BE_REPLACED

According to a new poll, the Democratic Party has the lowest net favorability rating when compared to eight other political figures and institutions.  Fifty percent of adult respondents to the NBC News poll, released Monday, reported having negative feelings a... END_OF_DOCUMENT_TOKEN_TO_BE_REPLACED

A bunch of hourly factory workers who make garage doors will get huge payouts ranging up to $400,000 after their company is sold