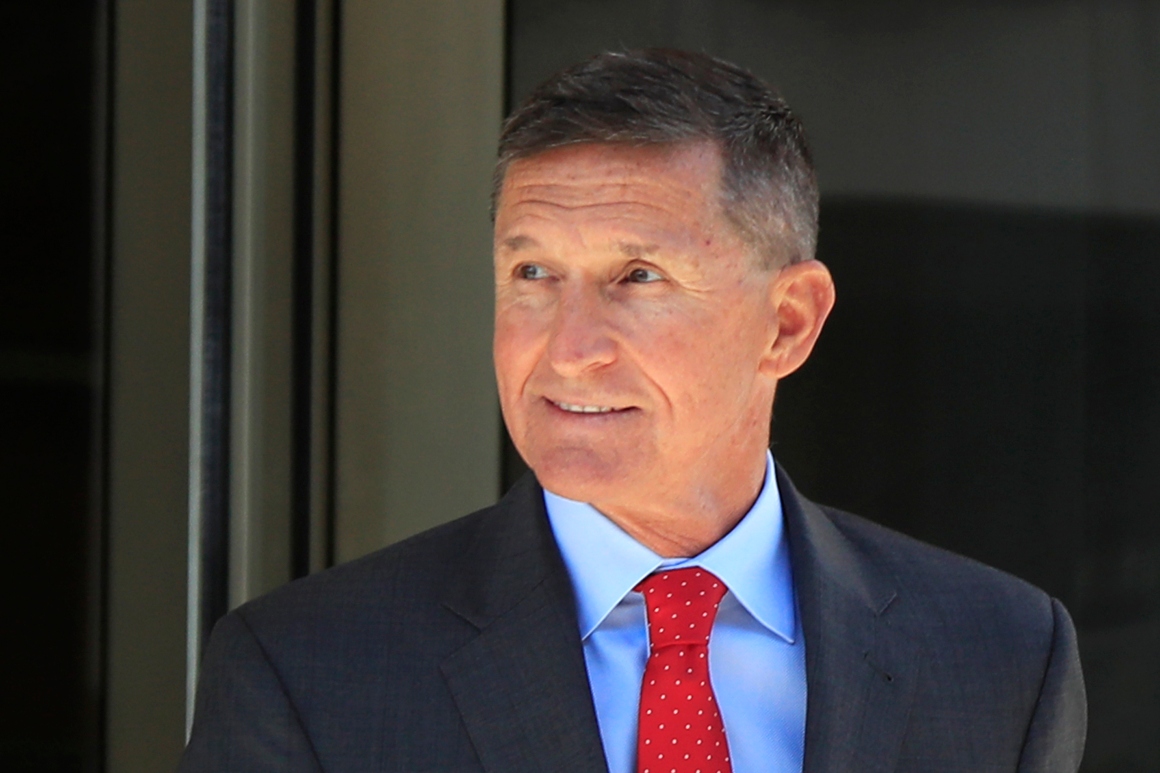 A federal appeals court panel is signaling that it may reinstate criminal charges against a business partner of Michael Flynn over a consulting project Flynn’s firm did for Turkish interests, despite Flynn’s receipt last month of a pardon from President Donald Trump that absolves the former national security adviser of criminal liability in the matter.

After a weeklong trial, a jury in Alexandria, Va., took just three hours to convict Rafiekian on charges of acting as an unregistered foreign agent in the U.S. and conspiring to submit false information to the Justice Department about the Flynn firm’s work strategizing against a prominent Turkish dissident who lives in Pennsylvania, Fethullah Gulen.

However, Rafiekian’s fortunes did a U-turn three months later when U.S. District Court Judge Anthony Trenga overturned the verdicts and ordered Rafiekian’s acquittal, ruling that the admissible evidence in the case was not sufficient to sustain the jury’s apparent conclusion that the project was conducted at the behest of the Turkish government.

Trenga said the evidence of a tie to Turkish officials was too conjectural to eliminate reasonable doubt in the case.

However, all three appeals judges seemed to believe that the government had a decent circumstantial case against Rafiekian. One judge, James Wynn Jr., opined that direct evidence of foreign government control would almost always be hard to come by in a case alleging that work for a foreign government was made to look like routine lobbying on behalf of a foreign business.

“If you’re going to do a case like this, I’m thinking, these are not easy cases to prove,” said Wynn, an appointee of President Barack Obama. “You’ve got to rely upon reasonable inferences. Very seldom are you going to get the agent to come up and testify, the country has told me to do something and therefore I’m working with them. If you’re going to do it, it’s going to happen in this way.”

Wynn and other judges noted that the work the Flynn company claimed it was doing for a Dutch company was virtually identical to a proposal Flynn’s team and a Turkish national, Ekim Alptekin, prepared for Turkish officials just before purportedly embarking on the contract for Alptekin’s company.

“That’s a pretty strong thing because that looks pretty bad,” Wynn added. “It’s the same guy and you’re doing the same stuff. … I don’t see how you can say the jury couldn’t connect the two.”

“It seems to me the parallel projects are part of the coincidental — part of the circumstantial evidence,” said Judge Paul Niemeyer, an appointee of President George H.W. Bush. “It’s all a little funny.”

James Tysse, an attorney for Rafiekian, insisted that, unless some sort of espionage is involved, criminal charges shouldn’t stem from mere suspicion that Americans are acting at the behest of a foreign government.

“That was the government’s strategy at trial, to suggest there was a lot of funny things going on, but ultimately they didn’t show he was acting at Turkey’s direction or Turkey’s control, because that would require showing that some foreign official was actually involved in passing along instructions,” Tysse said.

The appeals court arguments also raised the possibility of something Flynn critics have been eager to see follow his presidential pardon last month: the former national security adviser being forced to testify under oath about his activities now that he no longer can invoke his right against self-incrimination. Flynn was expected to be a witness against Rafiekian at his trial, but prosecutors ditched him at the last minute after an alleged shift in Flynn’s expected testimony led to an acrimonious row with Flynn’s new lawyers.

“If this case did go back for a new trial, you could call [Flynn] now?” Wynn asked.

“Potentially, your honor,” Tysse said. “We could not have called him before presumably because he would have taken the Fifth, but potentially, now that he’s been pardoned.”

In May, Rafiekian’s lawyers wrote to Attorney General William Barr, asking for a review of Rafiekian’s case in light of Barr’s decision to move to drop a criminal false-statement case Special Counsel Robert Mueller brought against Flynn in 2017. While the charge Flynn admitted to there was for an unrelated FBI interview, Flynn did appear to concede during his guilty plea that he’d submitted false information to the Justice Department about the Turkey work.

Despite the request from Rafiekian’s defense, the Justice Department has pressed on with its efforts to revive the case against the California businessman, who served as a George W. Bush appointee on the board of the Export-Import Bank before linking up with Flynn.

The appeals judges issued no decision Friday. It was not clear from the argument session whether the panel will reinstate the guilty verdicts or send the case back to Trenga, while allowing him to give Rafiekian the new trial the judge said he would grant if his acquittal of the defendant was overturned on appeal.

Two of the judges on the appeals panel expressed misgivings about the fairness of last year’s trial. Trenga allowed in extensive hearsay evidence in the form of emails, while cautioning jurors about limits on use of that evidence. He later concluded that the jury likely ignored his instructions.

“What I’m concerned with in this case is all of the hearsay that was admitted,” said Judge Barbara Keenan, an Obama appointee. “Judge Trenga is a good judge and I think that he really came out of this trial very concerned.”

Whether the government would seek a second trial, with the potential wild card of Flynn testimony, is unclear.

Given Trump’s conviction that the Flynn prosecution was a political vendetta, Rafiekian — who served as an adviser to the Trump transition team after the 2016 election — could seek a pardon from Trump during his remaining five weeks in office. Rafiekian’s attorneys have declined to comment on that possibility.

END_OF_DOCUMENT_TOKEN_TO_BE_REPLACED

Agreement on nuclear deal within reach but obstacles remain

One year after Afghanistan, spy agencies pivot toward China