Disney Plus: All your questions answered about Disney’s ad-free streaming service 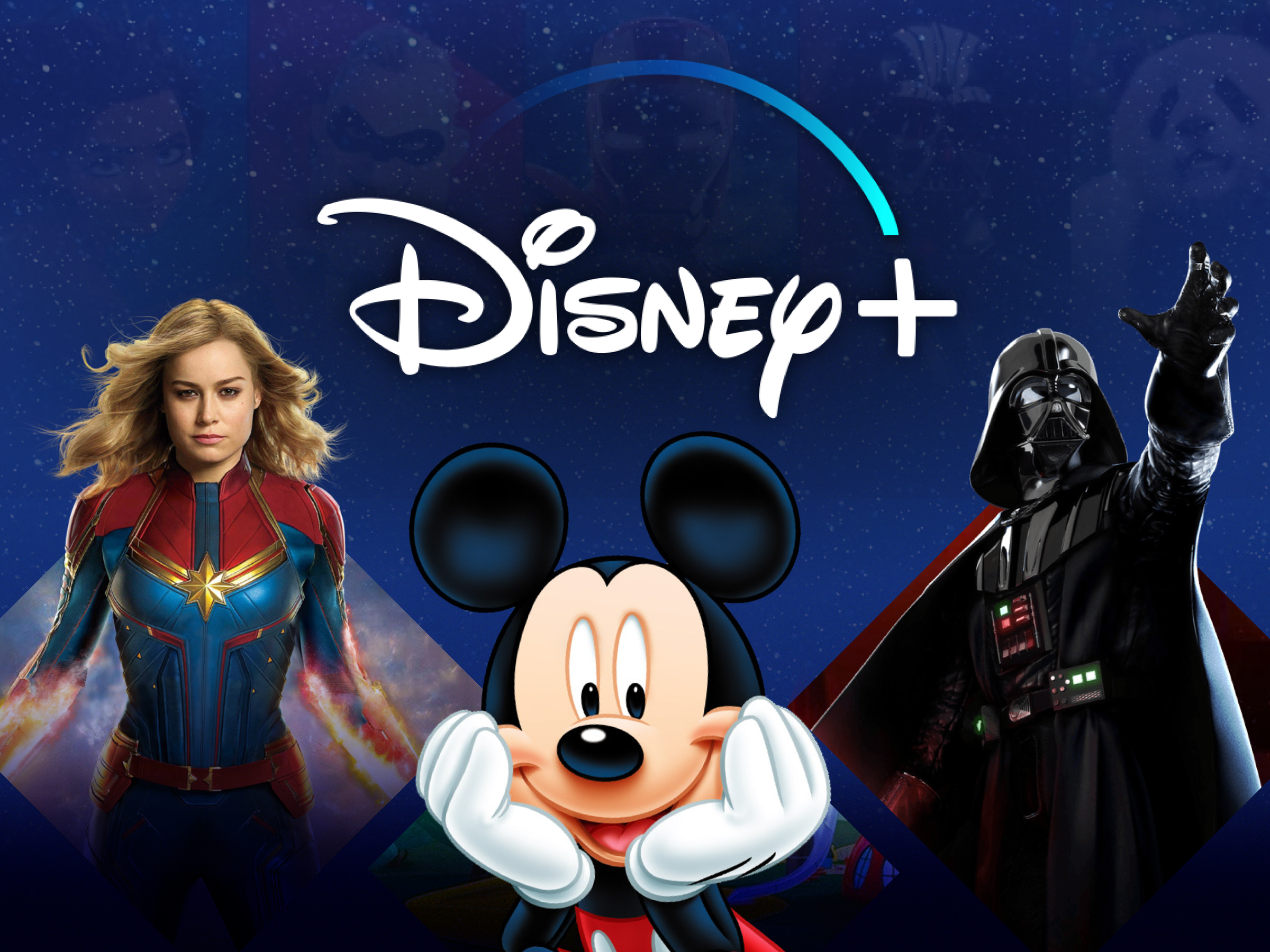 A new streaming service has joined the ranks of Netflix, Hulu, Amazon Prime, and the many other platforms jostling for control of your TV. Disney Plus features TV and movie content from names we’re all well familiar with: Walt Disney Studios and Walt Disney Television.

The platform includes a mix of classic titles from Disney’s vault and new programs developed exclusively for subscribers. Monthly and yearly plans are available, and the service can even be bundled with Hulu and ESPN+ for more streaming options.

Learn more below about how the Disney Plus streaming service works, including what shows and movies are included, how much it costs, and more.

Updated on 07/30/2020 by Steven Cohen: Added details about how to upgrade to the Disney Plus bundle, along with information about the release of  “Black is King” on July 31.

What is Disney Plus?

Disney Plus is an on-demand, ad-free streaming service created by The Walt Disney Company.

With Disney Plus, subscribers can watch thousands of Disney movies and series on their devices (smart TVs, phones, laptops, tablets, and gaming consoles). The service includes unlimited downloads so you can watch anywhere, anytime.

When are the global release dates for Disney Plus?

Disney Plus is now live and available to stream in the US, Canada, the Netherlands, Australia, New Zealand, Puerto Rico, Austria, Germany, Ireland, Italy, France, Spain, Switzerland, India, and the United Kingdom.

Disney Plus is set to launch in Belgium, Denmark, Iceland, Finland, Norway, Portugal, Sweden, and Luxembourg on September 15, 2020.

How much does Disney Plus cost?

Disney Plus costs $6.99 per month or $69.99 per year in the US. For that price, you get ad-free access to all of the service’s streaming titles spanning many different genres and interests. Though the service initially offered a free seven-day trial for new subscribers, this promotion is no longer available.

There’s also an option to buy a bundled package with Hulu and ESPN+, which costs $12.99 per month for all three services. Individually, the ad-supported version of Hulu is currently $5.99 a month, and ESPN+ is $4.99 a month. Subscribing to the bundle, rather than signing up for each service individually, saves you about $5 per month.

Current subscribers to Disney Plus or ESPN+ can also easily upgrade to the bundle without having to cancel their existing subscription. You can upgrade your current plan to the bundle here.

If you haven’t explored the world of streaming services fully yet, the bundle could be the perfect opportunity to do so for a competitive price. Hulu offers many popular movies and original shows, while ESPN+ provides access to tons of sports content, including UFC events.

You can read more about how to get the Disney Plus bundle with ESPN Plus and the different versions of Hulu here.

Are there Disney Plus gift cards?

Yes. If you’re looking for a great gift for that special Disney fan in your life, you can get them a Disney Plus subscription card. The gift subscription is available for one year of the streaming service and costs $69.99. It’s sent via email on a date of your choice. Gift subscriptions can only be redeemed by people who are not already signed up for Disney Plus.

Learn more about how to buy a Disney Plus gift subscription.

What features and formats are supported on Disney Plus?

Disney Plus includes several features that make using the service more convenient for its subscribers.

The platform supports up to seven profiles per subscription. This allows different members of a household to each create their own profiles with their own avatars and personalized settings. A special Kids Profile option can also be used for children. This feature restricts Disney Plus streaming access to titles that are rated TV-7FV and G.

Disney Plus also allows simultaneous streaming on up to four different devices. Unlimited downloads are provided as well via the Disney Plus app on up to 10 different smartphones and tablets. This makes it easy to save titles to watch offline later during situations when you don’t have access to an internet connection.

When it comes to video formats, Disney Plus supports up to 4K Ultra HD resolution on select movies and shows. High Dynamic Range (HDR), using the HDR10 or Dolby Vision format, is also available on some movies and shows. This feature offers enhanced colors and contrast on compatible TVs. Dolby Digital surround sound and Dolby Atmos audio formats are supported on several titles as well.

How to watch Disney Plus:

You can watch Disney Plus through many connected devices:

Does Disney Plus work on Xbox One?

Yes, Disney Plus works on the Xbox One, Xbox One S, and Xbox One X.

Disney Plus is an ideal service for Disney fans, whether they’re Marvel geeks or animation aficionados. It’s especially suitable for families with children who want to immerse themselves in the vast world of Disney.

Though the current lineup of original programming is a bit limited, more exclusive shows are set to be added over the coming months, including new Star Wars and Marvel shows. For now, however, Disney Plus is more of a draw for people who want to watch recent Disney movies and older Disney titles from the studio’s vault.

If you’re someone who always ends up searching for Disney shows and movies on another streaming service anyway, you might want to consider subscribing to Disney Plus because it holds all that content in one convenient place. Disney is also removing its content from a lot of other streaming services, including Netflix, so Disney Plus will soon become the only subscription streaming platform with access to many of its titles.

What shows and movies can I watch on Disney Plus? In short, virtually all of the Disney shows and movies that have already been released. You can cry through Pixar’s “Coco” and “Up”, learn about the world around you through a Nat Geo documentary, and satisfy your comedic itch with an episode of “The Simpsons.” You’ll have access to classics like “Snow White” along with recent hits like “Star Wars: The Rise of Skywalker.”

With that said, some Disney titles, like “Ant-Man and the Wasp,” are still temporarily missing from Disney Plus. Their absence is due to existing licensing deals with other services and networks, and all of the missing titles will be added at a later date.

Disney Plus also includes all-new, exclusive original programming, such as a Star Wars TV series focused on a Mandalorian bounty hunter, a retelling of “Lady and the Tramp” featuring Tessa Thompson and Justin Theroux, and a new perspective on the familiar objects in our lives through “The World According to Jeff Goldblum.” Disney Plus is also the exclusive home to a new film adaptation of the popular book series “Artemis Fowl,” and will soon include a TV series based on Rick Riordan’s “Percy Jackson & the Olympians.”

Along with original shows, Disney Plus also has exclusive musical content, including a film version of the hit Broadway show “Hamilton”. “Black is King,” a new visual album from Beyonce, is set to premiere on July 31.

More original shows are on the way as well, including several series set in the Marvel Cinematic Universe. “The Falcon and the Winter Soldier,” “WandaVision,” and “Loki” were all teased in a special Super Bowl trailer. While the library of exclusives is relatively small right now, this upcoming lineup of original content will allow Disney Plus to compete better against other services with more exclusive shows, like Netflix and Amazon Prime Video.

These are the best original shows and movies to watch on Disney Plus right now:

How does Disney Plus compare to other streaming services?

While services such as Netflix and Hulu cast a wide net over movie and TV entertainment, Disney Plus is much more focused and narrow in scope by revolving entirely around Disney content. Luckily, it doesn’t actually feel that limited since Walt Disney Studios and Walt Disney Television create everything from animated kids’ movies to action and sci-fi thrillers.

It’s a major plus that Disney Plus (for the time being) has zero ads. We don’t know whether that will change down the line, or whether it will add tiered ad pricing like some other streaming services, but in the meantime, we always appreciate ad-free streaming.

At less than $10 a month, it’s very affordable compared to major competitors. If you find the Disney content of other streaming services lacking, subscribing to Disney Plus is an affordable way to fix that problem.

Of all the major streaming services, it’s also one of the most generous in the areas of multiple-device streaming, profile additions, and downloads. Disney Plus also offers 4K HDR streaming and Dolby Atmos audio on select titles for no additional cost. This is in contrast to Netflix, which requires subscribers to pay for its most expensive plan in order to receive 4K support.

You can sign up for Disney Plus directly through the Disney Plus website. To start streaming, you simply need to create an account by entering in an email address and payment method.

Read everything else you should know about Disney Plus here: 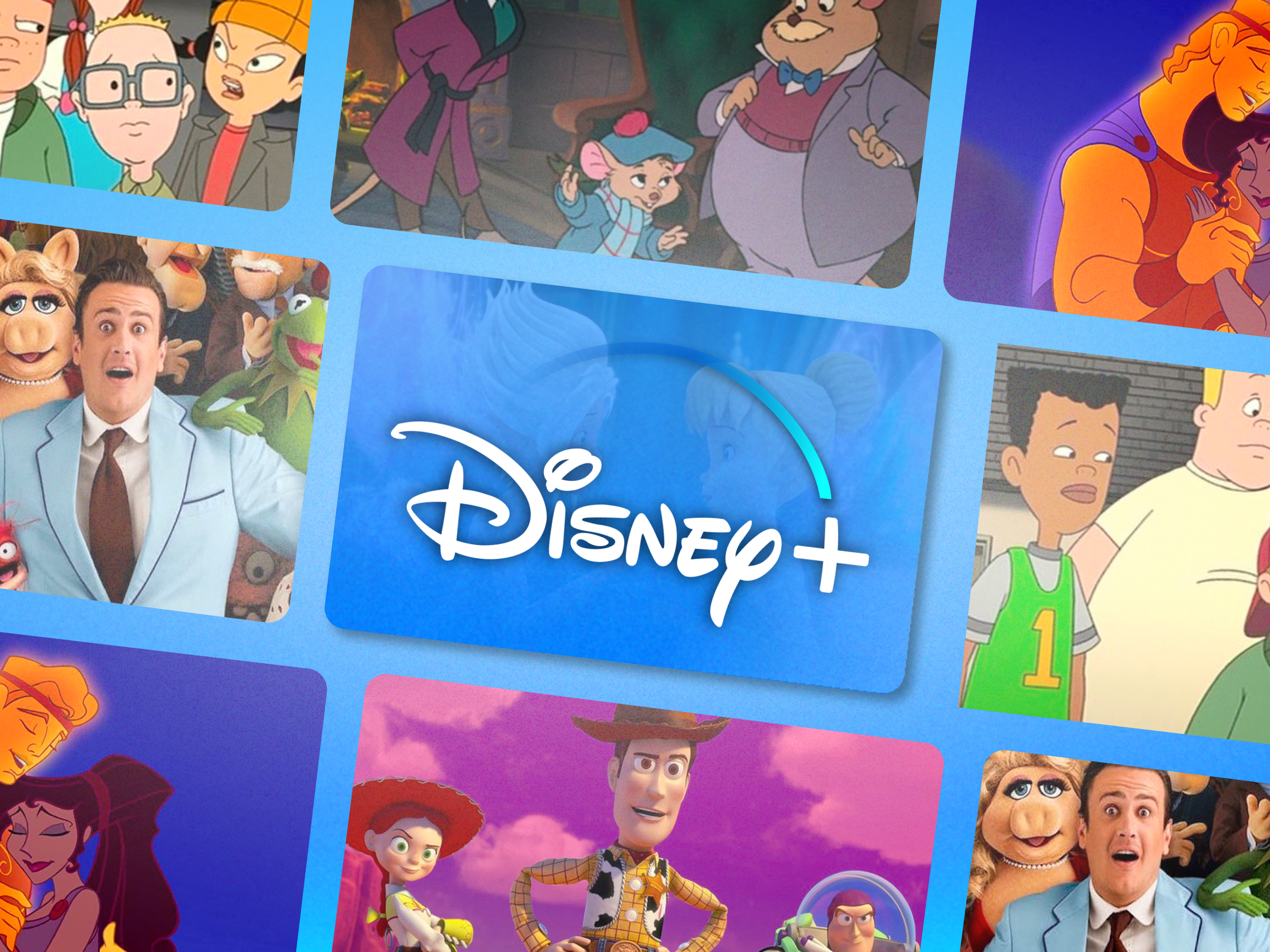 END_OF_DOCUMENT_TOKEN_TO_BE_REPLACED

18 Target Items to Put on Your Wedding Registry

Congrats, you're engaged! Which means it's the time to get everything in order leading up to the big day. From curating the guest list to finding your dream dress, creating your wedding registry might seem more chore than treat. You may find yourself asking wh... END_OF_DOCUMENT_TOKEN_TO_BE_REPLACED

Elon Musk said repricing his Twitter deal for less is ‘not out of the question,’ according to report