Published 5 months ago iNFO Vi5m ago 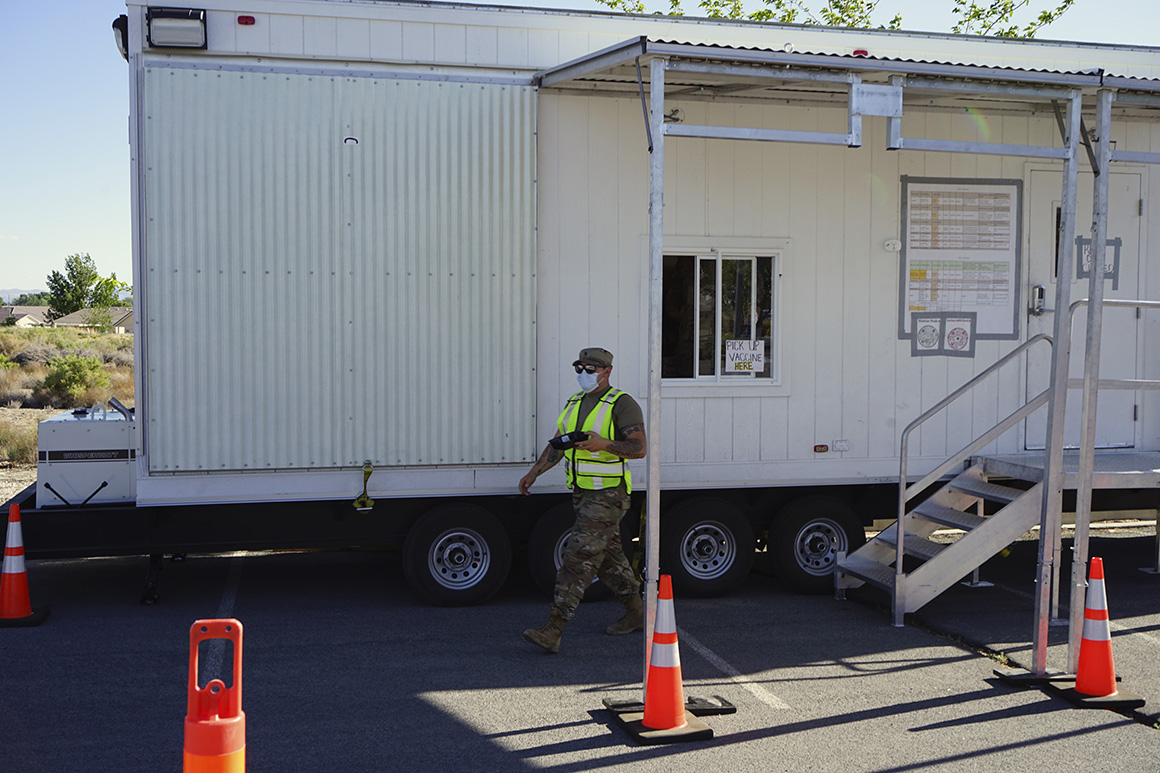 The Biden administration’s coronavirus surge teams have been slow to materialize in several states across the Midwest and South where the highly contagious Delta variant is leading to a rapid rise in hospitalizations, according to four state health officials and two senior administration officials.

The administration has sent a surge team of federal personnel and resources to Nevada, but multiple local health officials said they aren’t sure if the federal aid — including help with Covid testing and door-to-door visits to promote vaccines — could help the state respond to the spread of Delta, or whether it would have an immediate and significant impact. Nor had the officials decided whether they need the assistance, which the White House says will differ in size and scope based on each state’s needs.

Vaccination rates are stalled throughout the country and remain stubbornly low in Republican strongholds throughout the South and Midwest. That has raised fresh concerns among health officials at all levels that the national vaccine campaign is stalled, increasing the chance that rising infections driven by Delta will prolong the pandemic and threaten the economy. The impacts are likely to hit hardest in undervaccinated states once schools reopen and the weather turns cold in the fall.

States’ ongoing vaccination struggles underscore the challenges facing Biden’s surge teams as they parachute into communities where unvaccinated people are wary of anyone who advocates for Covid shots. The situation also underscores how — almost 18 months into the pandemic — federal and state leaders still struggle to respond in real time to emerging hot spots, often slowed by local politics and logistical hurdles.

“We have heard that FEMA officials will be coming to this area and they are coordinating with the state. Some of them are already helping with epidemiology,” said Fermin Leguen, the district health officer in southern Nevada. “But we are still waiting to hear what more they will be doing on helping with our vaccine campaign.”

A White House official said the administration is working with governors and local public health officials “to ensure that they have the support they need to curb the spread of the virus and increase vaccinations in their state.”

In many instances, the White House and state officials are still sussing out what resources are needed. The president’s call for a “door-to-door” vaccination campaign earlier this month drew swift rebukes from Republican governors, but there are less obtrusive ways the administration can help, the two senior administration officials said.

In recent days FEMA has dispatched dozens of employees to Nevada, where hospitalizations have nearly doubled in the last two weeks. Federal personnel will work to expand Covid-19 testing and canvass neighborhoods to talk to the unvaccinated about receiving the shot. The administration also sent 1-2 person teams to a handful of other states in the South and West. Federal officials are helping Illinois, Missouri, Colorado and Arkansas with genomic sequencing and outbreak investigations.

But many other states are in a holding pattern.

“There have been recent discussions between Wyoming pandemic leadership about various federal resources that might be made available to support us here, but no firm plans have been set,” said Kim Deti, a spokesperson for Wyoming’s public health department.

Privately, at least two senior administration officials are skeptical that federal personnel can do much to boost vaccination rates, especially in conservative areas where skepticism of Covid vaccines and government run high. The next few weeks and months of the vaccine push will be slow, those officials said, and should fall largely on political and health leaders trusted by the local community.

Arkansas Gov. Asa Hutchinson, who has spoken with the White House about getting surge team help, is traveling across the state trying to boost vaccination rates. Arkansas is now giving first doses to less than 17,000 people each week, according to the CDC. Despite the stalled vaccination campaign and a surge in cases spurred by the Delta variant, the state has no plans for a mask mandate or new restrictions on gatherings.

But several other Republican governors are either ignoring vaccination plans or actively undermining the effort.

Missouri Gov. Mike Parson said he opposed any federal officials coming to Missouri to help with the vaccination campaign, while South Carolina Gov. Henry McMaster warned state agencies against working with anyone from the White House who is promoting vaccination. New Hampshire Gov. Chris Sununu said his state has “no plans to participate in the federal government’s door-to-door initiative,” and the federal government has not offered to do so.

And in Tennessee, the health department this week fired Michelle Fiscus, the state’s top vaccine official, after legislators alleged the department was encouraging teenagers to get vaccinated even without their parents permission.

“The morale amongst my colleagues is really critically low,” she told POLITICO. “We have just come from working 90-hour weeks trying to launch vaccines in our states … and a large number of those who are eligible refused to receive it.”

END_OF_DOCUMENT_TOKEN_TO_BE_REPLACED

Physician assistants are pushing to be renamed “physician associates,” complaining their title is belittling and doesn’t convey what they do. “We don’t assist,” they insist. Doctors’ groups fear there’s more than just a name in play. END_OF_DOCUMENT_TOKEN_TO_BE_REPLACED

Biden, Putin to talk next week as tensions grow over Ukraine

‘A real fight for our existence’: Massachusetts GOP spirals in Baker exit