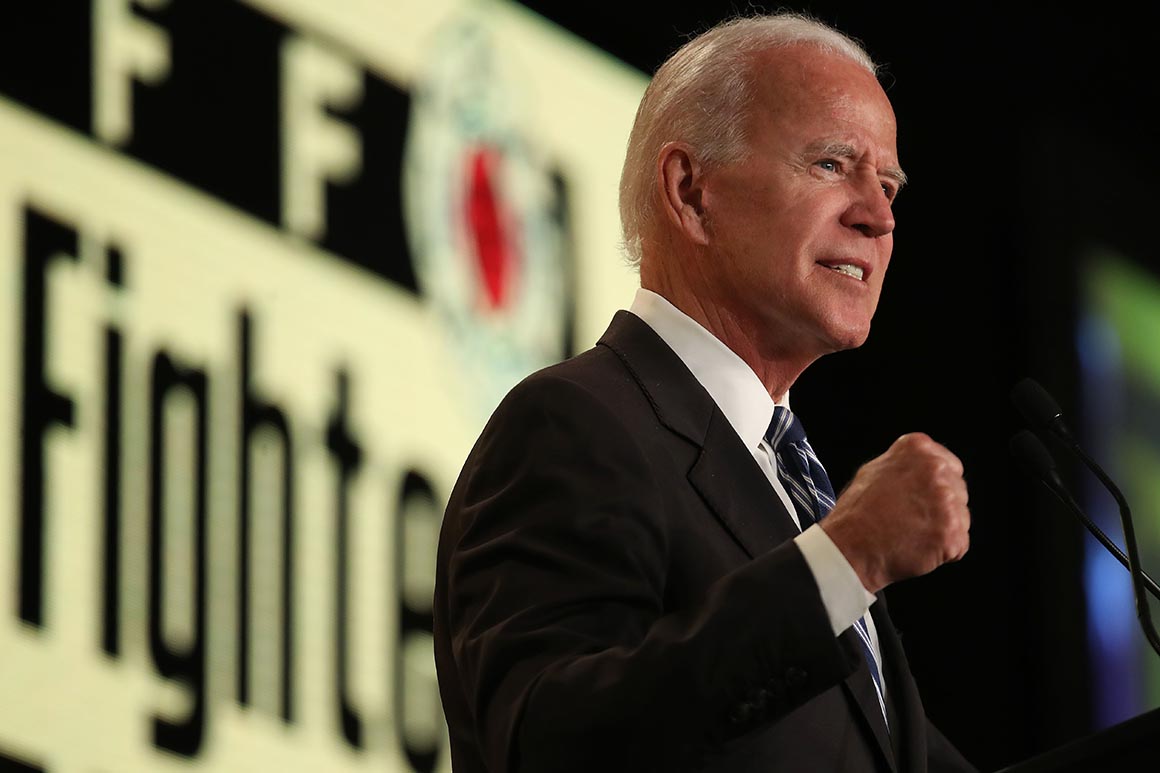 Biden’s lead is far from secure, given the tumultuous situation gripping the country and Trump’s 2016 advantage in the Electoral College. The latest result, in an ABC News/Washington Post poll released Sunday, shows Biden with just a 2-point lead over Trump, 49 percent to 47 percent — well within the survey’s margin of error.

Biden also led Trump among registered voters in national polls released last week by Fox News and Monmouth University. The Fox News survey, conducted over roughly the same time period last week, shows Biden 9 points ahead of Trump, 49 percent to 40 percent. The Monmouth poll, which was conducted a little earlier, over last weekend, had Biden at 48 percent, with Trump at 45 percent.

Even if the Fox News poll is an outlier, all three surveys show a consistent pattern: In each, Trump has equaled or surpassed his previous high-water mark in job approval. But his vote share against Biden in each survey trails his approval rating.

Taken together, the polls suggest a slightly larger-than-usual slice of Democratic-leaning and independent voters are telling pollsters they now approve of the job Trump is doing as president — but support for giving him a second term lags behind among these same voters.

In the ABC News/Washington Post poll, Trump posted his first-ever positive approval rating among all adults: 48 percent approved, and 46 percent disapprove. Among registered voters, his approval rating was a point higher — 49 percent — though his vote share against Biden is 2 points lower, at 47 percent.

The Fox News poll showed Trump’s approval rating among registered voters ticking up to 48 percent — the first time since a Feb. 2017 Fox News poll, conducted just a few weeks into his presidency, that Trump’s job approval has been that high. But the president’s vote share against Biden was 8 percentage points lower.

Trump’s approval rating among Democrats ticked up to 16 percent in the Fox News poll, and it’s 36 percent among independents. But he only wins 5 percent of Democrats and 24 percent of independents in a head-to-head matchup with Biden.

In the Monmouth survey, the difference between Trump’s 48 percent approval rating among registered voters and the 45 percent he registered against Biden was smaller, but it also demonstrated a lag in vote share.

The new polls come as Trump confronts the greatest challenge of his presidency, even as his approval ratings have increased a notch. The Covid-19 outbreak has already killed over 2,000 Americans, up sharply after passing the 1,000 mark on Thursday. That figure is expected to continue increasing significantly this week, and it has caused simultaneous public-health and economic challenges that no White House has faced in decades.

All three of these surveys — along with other recent polls, including a POLITICO/Morning Consult poll last week — show small majorities of voters approve of Trump’s handling of the virus, higher than his approval ratings.

But the numbers are far from unanimous: In the ABC News/Washington Post poll, 52 percent of registered voters approve and 45 percent disapprove of the job Trump is doing in handling the coronavirus outbreak. In the Fox News poll, it’s 51 percent approval, versus 46 percent who disapproved. According to the Monmouth poll, 51 percent of voters say he’s doing a good job, while 45 percent say he’s doing a bad job handling coronavirus.

Despite leading Trump in all three polls, there are some warning signs for Biden in the data.

As the Democratic frontrunner and his campaign have largely been sidelined from the news amid the coronavirus pandemic, the ABC News/Washington Post poll shows a significant enthusiasm gap favoring Trump. A majority of Trump voters, 55 percent, say they are “very enthusiastic” about supporting the president.

But only 28 percent of Biden voters say they are “very enthusiastic” about supporting the former vice president, who has been relegated to campaigning via a video camera set up in his home in Wilmington, Del., as the virus rages and primaries across the country have been postponed to late spring or early summer.

The Fox News poll, which shows Biden with a larger lead shows no partisan gap in interest in the 2020 campaign: 56 percent of both Democrats and Republicans said they are “extremely interested” in the election thus year.

The ABC News/Washington Post poll was conducted March 22-25, surveying 845 registered voters with a margin of error of 3.5 percentage points.

The Fox News poll was conducted March 21-24, surveying 1,011 registered voters, with a margin of error of plus or minus 3 percentage points.

The Monmouth University poll was conducted March 18-22, surveying 754 registered voters with a margin of error of plus or minus 3.6 percentage points.

END_OF_DOCUMENT_TOKEN_TO_BE_REPLACED

After a Brief Pandemic Reprieve, Rural Workers Return to Life Without Paid Leave

Coastal and politically progressive states have passed stronger paid sick and family leave policies, but many workers in rural America are left out, facing tough decisions when choosing between caring for themselves or sick family members or keeping their jobs... END_OF_DOCUMENT_TOKEN_TO_BE_REPLACED

The short-lived rule is helping the mining industry from beyond the grave. END_OF_DOCUMENT_TOKEN_TO_BE_REPLACED