4 of the Best Microhistory Books

This list of some of the best microhistory books was originally published in our nonfiction newsletter, True Story. Sign up for it here to get nonfiction news, reviews, deals, and more!

Remember when microhistories were new and fun, and then everyone writing a book started being like, “I know — ‘The Thimble and How it Changed Everything’”? Well, despite the possible oversaturation of the microhistory market, I think they can still be FUN. So let’s check some out: 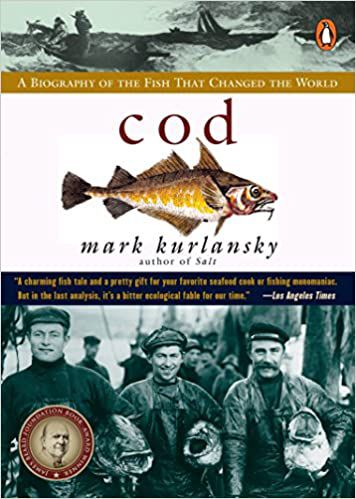 Cod: A Biography of the Fish that Changed the World by Mark Kurlansky

I honestly think this is the main example of microhistories that always comes to mind, mainly because it was so weird in 1998 that someone wrote a book all about cod. Did Kurlansky start the trend? PERHAPS. He did also write the one on salt. His theory here seems to be that without cod, people would’ve just sat around not eating, and the Basque people would’ve had nothing to sell. INTERESTING STUFF.

Brolliology: A History of the Umbrella in Life and Literature by Marion Rankine

Imagine it. Someone asks you what you’re reading and you say, “Oh, just Brolliology: A History of the Umbrella.” Saying “brolliology” is extremely fun, but also, think of how long in human history we just did not have umbrellas and how extremely annoying the rain must have been. When did that annoyance lessen due to the umbrella’s invention! Find it out here.

The History of White People by Nell Irvin Painter

Historian Painter looks at the last two thousand years and “not only the invention of race but also the frequent praise of “whiteness” for economic, scientific, and political ends.” This history starts with the ancient Greeks and ends in the 21st century. If you want some solid facts about the invention of whiteness, check this out.

Cubed: The Secret History of the Workplace by Nikil Saval

Am I adding this because For Real‘s Kim liked it? Yes. Kim has good taste. Also, why not take a moment when a good percentage of the workforce is suddenly NOT in an office and see why we ended up in offices in the first place. This is the “fascinating, often funny, and sometimes disturbing anatomy of the white-collar world and how it came to be the way it is—and what it might become.”

END_OF_DOCUMENT_TOKEN_TO_BE_REPLACED

The responsibility of heroism gets a fresh look in Netflix’s “Jupiter’s Legacy,” a show that will admittedly pale in comparison to more escapist and accomplished recent deconstructions of superhero culture like Amazon Prime’s “Invincible” and “The Boys,” but t... END_OF_DOCUMENT_TOKEN_TO_BE_REPLACED

END_OF_DOCUMENT_TOKEN_TO_BE_REPLACED

My Daughter’s Male World and the Books That Reinforce It

Build Your Dream Library In Miniature With These Dollhouse Bookcases